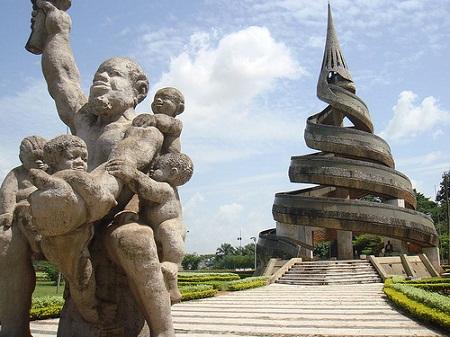 Funds were raised in a meeting that brought together Ministers and
former ministers, diplomats, CEOs and business leaders, government
executives, traders, elected officials, traditional rulers and other
officials from the region at the Kumba city council banquet hall on
Saturday 21 April , 2012.

The elite raised CFA 28 million in cash, CFA 16 million in cheques and CFA 30 million in pledges in a bid to complement the efforts of the National Organizing Committee. They responded to the call of former premier and Grand Chancellor of the National Orders, Mafany Musonge, initiator and Committee Chairperson of the support committee of the Southwest elite- it was the second after the official launch of prep activities at the National Social Insurance Fund conference hall in Buea on Saturday March 17.  The event was chaired by the board Chair of the National refinery company (Sonara), John Ebong Ngolle, on behalf of  Mr Mafany Musonge who headed a Cpdm delegation to the Pdge National congress in Equatorial Guinea. South westerners want to offer a befitting reception to the head of State, President Paul Biya who would chair the celebration in Buea later this year. Being the host region, it will be incumbent on the people to showcase not only their hospitality but other values peculiar to the South West. The Golden Jubilee of Reunification is a historic event and promises to be a grandiose occasion; as such a deadline for the collection of CFA 150 million francs budget target was set for June 2012. The next committee meeting/fundraising exercise is built for June 02 in Buea while Limbe. Yaounde, Douala and Bamenda were equally shortlisted to host the fundraising exercise in the months ahead.Hitherto, the local support committee held a brief working session in the Kumba City Council Conference hall wherein the various subcommittees presented their action plans, alongside a proposed budget to attain set objectives. Also it was to evaluate the work of the 12 subcommittees, each in charge of specific aspects pertaining to the celebration.During the session, the Deputy Secretary General at the Presidency, Agbor Tabi proposed that besides thanking President Biya for appointing two sons of the Southwest region, a clause on the recent anti-corruption catch should be included in the motion of support to the Head of State, Paul Biya.“As elite, traditional rulers and good citizens of Cameroon, let’s recongnise the fact that the drive be accelerated, while hoping that justice takes its course,” the minister stated. A fellow South westerner, Margaret Makia in saying the drive would serve as a reminder to civil servants to shun corruption in the course of performing their duty, she supported Mr. Agbor Tabi.However, some elite disagreed with the Ndekwai chief. The paramount chief of the Bafaw, Fon Mukete argued the meeting was apolitical and as such it is a forum open to people of any political color, religion and all social classes to help organize the 50th anniversary. To him the minister’s suggestion “could” distract the purpose of the meeting. Ministers Ngole Philipe Ngwesse, Eyong Mengot and chair of this event John Ebong Ngolle including other dignitaries held the same opinion as Fon Mukete. Meanwhile, members of the Regional Organizing Committee met in Buea on April 17, to present their action plan in view of the anniversary celebration. Projects to be executed ahead of the ceremony include the rehabilitation of streets, street lights, water schemes and the opening and improvement of existing roads to and from Buea. Great Soppo Market, an eye-sore causing traffic would be demolished. Improvement of the drainage system, dumping site and the provision of more trash cans in Buea are envisaged.
Jude Viban 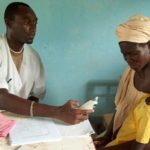 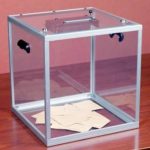