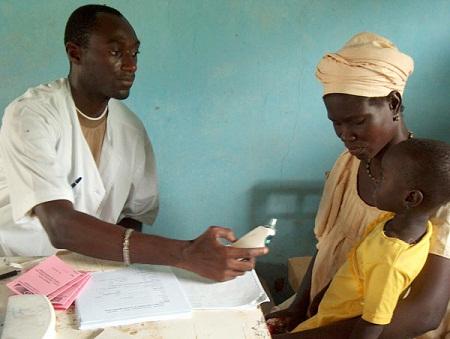 As Cameroon joins the rest of the world today April 25 to commemorate
world malaria day, government is sparing no effort to keep the disease
at bay.

Today’s event is the culmination of weeklong activities that began Friday April 20 in Yaoundé. This year’s edition is holding on the theme “Sustain gains, save lives: invest in malaria.“ An exhibition has been scheduled for today at the Cameroonian coalition against malaria, Ccam premises. This would feature the presentation of new beds that would easily accommodate mosquito nets within the framework of a project dubbed Long Lasting Insecticidal Nets (LLINs) hang-up campaign. In the same light, Ccam’s partners would also present the pilot phase of a project which gears towards training architects and other building construction stakeholders in the erection of structures that would ease the hanging of mosquito bed nets. Biotech centre would also present its recent findings on the pandemic. Malaria kills at least 3000 children per day in Sub Saharan Africa. Meantime, scientists looking into potential sources of cure for malaria have identified bitter leaf, a very popular soup vegetable, as a possible ingredient for the treatment of malaria in future. At least 02 million cases of malaria are reported in Cameroon each year. “The fight against malaria in the past couple of years has recorded some encouraging strides especially when it concerns treatment with the appropriate medications. The world has adopted, under the guidance of the World health organization, the Artemesin combination therapy, ACTs, which is efficient in treating malaria and Cameroon has already adopted that as a policy,” Ccam manager, Esther Talla said recently. Whether the malaria map will keep shrinking, as it has in the past decade, or be reclaimed by the malaria parasites, depends, to a great extent, on the resources that will be invested in control efforts over the next years. Investments in malaria control have created unprecedented momentum and yielded remarkable returns in the past years. Since December 31, 2010 the treatment of uncomplicated malaria cases is free for children from 0 to 05 years old. In addition, head of state, Paul Biya with the Global Fund acquired 8.7 million treated mosquito bed nets and distributed to locals as part of efforts to keep the pandemic at bay. The nets targeted the 19 million citizens the country counts. Malaria cases according to researchers, is more recurrent in the country’s big cities especially Douala. This is due to the numerous slums found there-in. The poverty stricken population finds it difficult offering themselves decent lodging facilities. As such they find themselves in slumps where stagnant waters which are breeding grounds for the malaria carrier (the female anopheline mosquito) are their closest neighbors. Thanks to the recent strides by government and its partners, overall child mortality rates resulting from malaria have fallen by approximately 20%. However, these gains are fragile and would be reversed unless malaria continues to be a priority for our national decision-makers and donors. Despite the current economic climate, development aid needs to continue flowing to national malaria control programs to ensure widespread population access to life-saving and cost-effective interventions. Long-term success will also depend on investments in on-going research and development to combat emerging threats such as parasite resistance. Continued investment in malaria control now will propel malaria-endemic Cameroon toward near-zero deaths by 2015 and achieving the Millennium Development Goals, especially those relating to improving child survival and maternal health, eradicating extreme poverty and expanding access to education.
Benedict Ndinwa 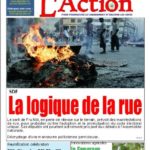 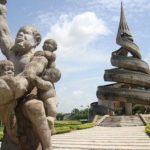