The higher judicial council answers questions related to the integration, transfer, promotion and sanctions of magistrates.

Today April, 18, 2012, members of the higher judicial council meet with the President of the Republic, chairman of the said council, H.E Pau Biya to examine and reexamine matters pertaining to Cameroon’s judicial system. Section 37 of the April 2008 Constitution of Cameroon describes the duties of this organ. As such, issues expected to constitute today’s agenda include the integration of young magistrates from the National school of administration and magistracy (Enam), transfer and promotion of magistrates of the bench and legal department, as well as sanctions of super scale magistrates and their counterparts of the bench. It should be noted that the judiciary in Cameroon has regularly been accused of high level corruption by some national and international observers. Deliberations of today’s session will pan on the formal use of the close to 200 magistrates who recently left Enam. In the recent past, up-and-coming magistrates from school have first of all been sent to the legal department (for about 5 years) in a bid to gain experience. Another matter expected to represent a high point of today’s session is the special criminal court for the trying of corrupt officials, at a time when the fight against the scourge and the promotion of probity in management are taking a higher proportion. In retrospect, this court was created by law No 2011/028 of December14, 2011. Building on what precedes, today’s session would likely appoint the various magistrates expected to staff the special criminal court. Like any other court, it will be composed of a bench and legal department. Thus, about 5, 6 or 7 magistrates will be appointed at the bench of this court while its legal department will be made up of a Procureur general, one or more advocate general and one more deputy Procureur general. The higher judicial council chaired by the President of the Republic is made up of the minister of Justice (Vice President), magistrates of the fourth scale proposed by the Supreme Court and representatives of the National Assembly. The organization and functioning of this council is determined by the law. It should be noted that as per provisions of sections 37(2) of the constitution, justice in Cameroon is practiced by the Supreme Court, appeal courts and courts of first instance. Also, justice in Cameroon is independent from the executive and the legislative arms of government.
Manyanye Ikome 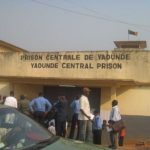 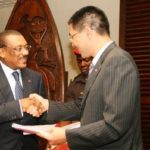