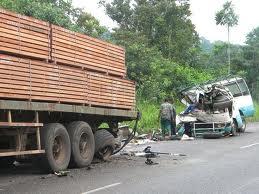 The general assembly of the federation of African insurance companies continues today, after opening on Monday February 26, 2013 in Yaoundé with a spotlight on compensation to victims of accidents, sickness and natural disasters

Holding on the theme “insurance and social risk,” under the distinguished patronage of Paul Biya, President of Cameroon, the Prime Minister, Philemon Yang, opened the meeting last Monday. He urged insurance companies to open their policies to cover the less privileged.“Discuss on better ways to cover victims of accidents, natural catastrophes, and sickness…on how to improve their condition of living which is already very difficult,” Yang told insurance professionals and observers.  These African insurance companies confirmed Protais Ayangma, President of Fanaf, will work on universal medical coverage in Africa. Insurance penetration in Cameroon is just 1% annually, and only 10 % of Cameroonians have health coverage but dream of 20% by 2020, judged to be insufficient by the Head of State, Paul Biya during his end of year address to the nation on December 31, 2012.More so, insurance experts will discuss ways of making compensation equitable, fast, just, total and timely. “We want to emphasise on important topics like health for all, accidents and, above all, compensation which remains a major preoccupation to many. Each time, we meet, we challenge members to do well to pay claims of victims, our major role,” Mr Ayangma said.Challenges of the insurance sector abound, and “experts in the sector are in Yaoundé to dissect,” these challenges, according to Martin Foncha, President of ASAC. One of such is the automobile guarantee fund that is inexistent in most of Africa.  This form of insurance compensates persons who suffered losses after being involved in accidents caused by unidentified or uninsured vehicles. This fund also compensates these persons if the liable persons do not compensate for the damages they caused. Named, Street Victims Protection Fund, at times it is not necessary for the injured party to prove that they have undertaken measures to recover their losses.Another major reflection on this conference bears on how insurance companies can push forward the development of Africa. This role was examined Monday with Paulo Gomes, founder and CEO of Constelor Investment Holdings, as guest speaker. Mr Gomez told the participants that “insurance plays a central role in the development of infrastructure…we are supposed to provide finance.”  He also decried the number of days taken to start up a business, going up to 100 days in some countries; consequently there are “no enterprises to insure.” Other experts accuse the lack of political will for the poor coverage of risks by insurance companies. Taking the example of Mali at war, the experts said property destroyed during the crisis will not be compensated, pulling down development efforts. In a quest to market insurance companies and earn the confidence of the public who can handle their multiple risks they are exposed to, the 164 insurance companies of Fanaf from 27 countries have occupied the hallways of the conference centre and Hilton hotel with placards announcing their offers. Brochures, bookets, magazines and newsletters are some of the handouts at the meeting. Conspicuous is the publication from the Association of Cameroon Insurance Companies, (ASAC).  Adverts from the 18 insurance companies operating in Cameroon cover half of the 40 page document.Cameroon’s insurance market is the second in the Inter-African Conference on Insurance markets (CIMA) zone, according to ASAC figures published in July 2012. Meanwhile, in 2011, insurance companies in the country had a turnover of 141.04 billion francs CFA, a 9.6% progression, organisers said while citing a 2010 report. “It’s a constant progression over the years, and we are optimistic that the figures of 2012 will improve considerably,” projects Alexandre Boya, general inspector at Colina Insurance. FANAF as of December 31, 2012, counts 164 member insurance and assurance companies and two Automobile Guarantee Funds spread across 29 African countries. 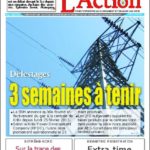 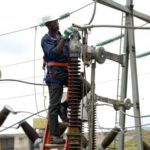