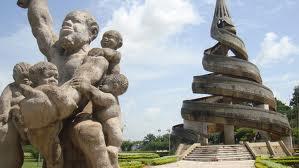 The chairman of the National Organizing Committee of Cameroon’s fifty years of Independence and Reunification, Martin Belinga Eboutou made the statement in front of varsity dons and national dignitaries.

In view of the much heralded golden jubilee of Cameroon’s reunification scheduled for this year in the South West regional capital, Buea, varsity dons across Cameroon have started making their voices heard on the road covered since February 11, 1961. During a televised debate in amphitheatre 700 of the University of Yaounde I in view of the upcoming event, the chairman of the national organizing committee who doubles as director of the Civil Cabinet insisted on the fact that “the achievements of Cameroon’s first fifty years of reunification are uncontestable”. In simple terms, the story of reunification in Cameroon revolves around the Foumban conference which led to the February 11, 1961 plebiscite during which Cameroonians from both banks of the Mongo river accepted to live together as one, in one country.A key issue raised during the conference was Cameroon’s special status as a territory respectively occupied by Germany, France and Great Britain but, never colonized by any. The tens of scholars present compared notes on Cameroon’s status under the League of Nations and the United Nations. According to Minister Belinga Eboutou, such conferences should be used by attendees to know Cameroon from a historical perspective. Reason why the career diplomat re-echoed the fact that “the conference will permit us to know ourselves, to know where we come from and to know where we are heading to”. After his keynote address, university lecturers began digging deep into the issue. On what the panelists think about Cameroon’s reunification, Victor Julius Ngoh, renown professor of history and deputy vice Chancellor in charge of Cooperation and Relations with the Business World at the University of Buea said “I would have voted in favour of reunification had it been I was of that époque”. Before him, Dr Abel Eyenga opined that three trends could be noticed during the struggle to reunite the two Cameroons. That is, the French and English administration which succeeded to chase out Germans from Cameroon, Cameroonian nationalists who clamoured for independence and the United Nations which served as a meeting point for both parties. For his part, Prof Magloire Ondoua analyzed Cameroon’s reunification from a legal perspective, with a zoom on the United Nations resolution which handled the issue. In his appraisal of the conference, the president of the commission charged with the studies, conference and debates for Cameroon’s reunification jubilee, Prof Jacques Fame Ndongo said “throughout the conference, different schools of thought emerged”. “By and large”, he went on, “the take home message is that we are all Cameroonians, whether Anglophone or francophone. I am very impressed by the quality of the debate in particular and Cameroon’s history in general”. Across the board, attendees who included members of government, diplomats, university lecturers, researchers, journalists and students demonstrated a great deal of interest. More than fifty years down the ladder, participants were happy to join Minister Belinga Eboutou in thinking that “public liberties, peace and political stability remain the most visible achievements of Cameroon’s reunification”. In the interim, a similar conference will take place on April 17, 2013 on the national anthem and the contribution of religious communities in Cameroon’s reunification process. Two weeks after, (April 30, 2013), another conference will be organized to dissect the contribution of the Foumban conference in the reunification process. Once the final date for the golden jubilee will be announced by the Head of State, Buea will play host to a grand conference on national unity from the German protectorate till present day Cameroon. During this conference, participants will be drilled on Cameroon’s independence, reunification and unification. 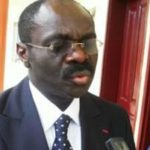 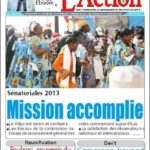