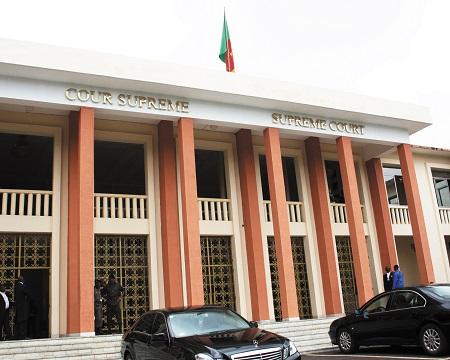 The Supreme Court acting as the constitutional council has examined some 74 requests from different political parties rejecting a majority as unacceptable and opting for further deliberations for others.

The Yaoundé Supreme Court was jammed Tuesday August 13 2013, as candidates of some 18 political parties going in for the September 30th legislative elections turned out to hear the court’s verdict on petitions filed. The first president of the Supreme Court Alexis Dipanda Moelle, flanked by the president of the administrative bench of the court, Clément Atangana, set the ball rolling at 9:45am, giving the floor to Djoumbissie Fidèle of Mrc. His petition was against Elecam for accepting Cdu’s list in Wouri centre in the littoral. No sooner had the case been called up than the representative came forth to say they were withdrawing the petition.And so the procedure continued with individuals being called up, some with their lawyers, others taking their own defense. The first petition to be rejected was that of Kwemo Pierre of Ums whose request came in on the 9th of august when the deadline for all submissions was august 3. Of the 74 petitions that were examined, Kwemo Pierre of Ums alone had 19, in which he contested the lists of candidates of the Cpdm in 11 divisions. These included the ocean, Lekié east, Benoué east, Menoua, Nyong and Mfoumou, Mayo Kani north, Mifi to name but these. Funny enough was the fact that after the court considered a couple of his petitions unacceptable, his lawyer took on the refrain “we withdraw the petition” when each of their cases was called up.

The atmosphere in the court room was quite serene owing to the fact that the president of the court had at the beginning called for order to reign and for people to avoid throwing slangs at each other. The calm that reigned was broken by boughs of laughter when the chairman of Merci, Isaac Feuzeu made a whole show as he moved up to the rostrum to contest the acceptance of lists by Elecam in the Mbam and Kim and Mefou and Akono divisions of the centre region. Wearing a white and red band across his chest on which was boldly written Merci, he drew the attention of the president of the court who asked him if he had become a senator.  The chairmen of Merci loudly contested the decision of the court that considered his petition unacceptable for varying reasons. His show continued right out of the court where he dramatically poured out his frustrations while the hearing continued in the court room.After the court rejected many of the requests that for the most part called for the cancellation of lists of some political parties in some localities, the tides turned for Garga Haman Adji of the Add. His worry was for Elecam to reinstate his party’s lists in the Diamaré south and centre, Vina and Faro and Déo divisions earlier rejected because there were no women in the lists. For over 30minutes, he kept those in the court glued to their seats as he explained that a similar situation obtained in some other political parties which he cited and whose lists had been accepted with no complains. He was so explicit that onlookers saw reason with him and when the Procureur Rissouck à Moulong declared his petition as unacceptable, the humming became louder than usual, given that his arguments held some water alongside his evidence. After consideration and questioning, the president of the court asked the chairman of Add to take his seat while his petition would further be deliberated upon. Even though no petitions were filed by the Cpdm, disgruntled militants whose names had disappeared from lists or whose opinions had not been considered contested Cpdm’s lists. For Oumarou Yerima of Mayo Tsanaga and Ngo Um Bion of the Nyong and Kellé, the party had not been fair enough in its choices. At the time of this report, 28 petitions had been examined, 26 of them rejected as unacceptable by the court with 2 pending further deliberations. 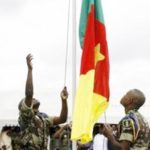