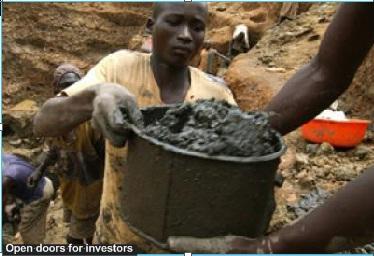 A state of the art technology centre will soon be constructed in Yaounde, to house the headquarters of the Cameroon mining sector.

The Centre for the technological development of mining activities (Cdtam) will see the light of day in 2014, following a partnership signed between the Spanish government and the Deutsche bank for the financing and construction of the aforementioned centre. The announcement that was made September 20, 2013 for the construction of the emblematic headquarters falls under the framework agreement governing priority projects signed between Spain and the Cameroon ministry of the Economy Minepat last March.According to information from technical consultants of West Africa trading company, the Cdtam technology centre will provide for research and training facilities aimed at upgrading Cameroon’s mining know-how and introducing the latest processing techniques. All these will aid in conferring resource extraction with added value and thus favour job creation through a skilled work force.  The announcement that was made by the Hispano-Cameroon joint project coordinators said the building to house the Cdtam headquarters; training centre and technical installations will be constructed by a leading Spanish industrial and construction conglomerate NewTech Ventures, S.A of Barcelona.The centre for the technological development of mining activities will be q major asset for Cameroon and q point of reference for mining and processing technology throughout Wes and Central Africa and will also provide for student and teacher interchange programs between Cameroon and the department of Advanced Mineralogy of Autonomous university of Barcelona. It will also enhance Cameroon’s international status as a mining nation, helping to facilitate Cameroon’s inputs to the international bodies such as the Extractive industries transparency initiative, Eiti and the Kimberly process certification scheme.The Cdtam headquarters whose inauguration is scheduled for November 2015, experts say will be a big step for the mining sector and another key element towards the effective realization of Cameroon’s development ambitions.Cameroon is richly endowed with mining assets including bauxite, cobalt, uranium, iron ore, rutile, diamond and gold. Some years back, the Government passed a new law to promote terrestrial mining and President Biya has made the mining sector a priority for national development.Only 40 % of Cameroon’s sub soil has been explored and 150 exploration permits have been granted, according to the Secretary of State at the Ministry of Mines, Industry and Technological Development Fuh Calistus Gentry. Professionals in the mining sector, investors, analysts in laboratories, specialists in extraction, training and funding recently attended an international conference on the country’s mining industry, which was aimed at selling the potential of Cameroon’ mining sector, attract foreign investment, and pull laboratories, and to locate in Cameroon. Ongoing mining projects in the country include Mbalam Iron ore with Cam-Iron, bauxite in Ngaoundal and Minim Martap, with Cameroon Alumina Limited, Cobalt-Nickel-Manganese with Geovic and Mobilong diamond with C&K Mining among others. 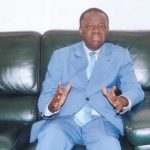 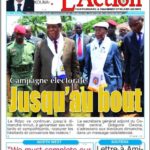