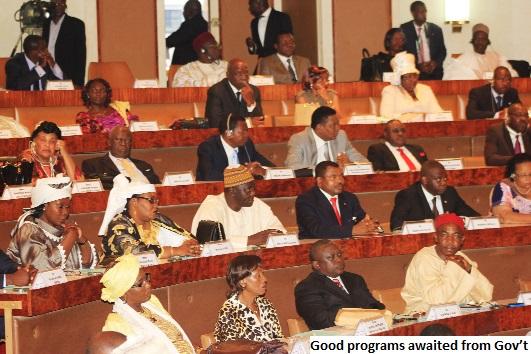 Deliberations at the November session will be dedicated to the examination and voting of the 2015 state budget.

The Senate and the National Assembly of Cameroon begin meeting for what is commonly referred to as the budgetary session today November 12, 2014. The convocation of the two Houses is contained in two separate bureau orders signed by heads of the two legislative institutions.
According to bureau order N° 2014/40/13/AB/AN, signed October 29, by the Speaker of the National Assembly, Rt Hon. Cavaye Yeguie Djibril, the National Assembly opens at 11am while another bureau order by the president of the Senate, Senator Marcel Niat Njifenji states that the upper House will open at 3pm same day.
The November session which is the third and last parliamentary session for the 2014 legislative year will be dedicated to the examination and adoption of the 2015 state budget of Cameroon likewise other bills that would be tabled before parliament by the government.
After the opening ceremonies which usually are characterized just by the speech of the head of the house, the Prime Minister, Head of Government is invited to present government’s social, economic and cultural programme for the next fiscal year at the National Assembly after which cabinet Ministers start filing past the Finance and Budget Committee of the same house to defend their respective budgetary projections.Bills adopted by the National Assembly are forwarded to the Senate where they are strictly checked and double checked, before moving up the ladder for promulgation into law by the President of the Republic. The senate may request for a re – examination of the bill by the National Assembly if it deems it necessary.The convocation of parliament for the last session of the 2014 legislative year comes after the second ordinary session that took place in June and the hosting of the 60th Commonwealth Parliamentary Conference by Cameroon. It is highly expected that the opening speeches of Heads of both houses will not only focus on the expected draft budget of the state for 2015 but would also pan on the parliamentary recess between June and November and the just ended 60th CPA. Both ordinary sessions are expected to last 30 days. 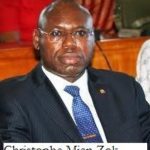 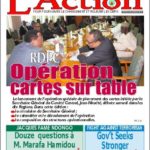