One is to amend the law on the promotion of small and medium-sized enterprises (SMEs); two are to authorize the President of the Republic to ratify a protocol and a convention on methods through which the International Atomic Energy Agency (IAEA) wants to detect any clandestine nuclear activities in a non-nuclear weapon state like Cameroon.

Government wants to change some provisions of Law 2010/1 of 13 April 2010. If voted, an SME will now mean “any enterprise, irrespective of branch activity, employing at most 100 persons and having an annual pre-tax turnover of no more than FCFA three billion.” Another change says, only Cameroonian SMEs, that is, SMEs in which Cameroonians hold at least 51% of the capital, will enjoy the benefits stated within this law.In the previous law, small enterprises were those with turnover ceiling of FCFA 100 million, now it would move to 250 million. But as for the small enterprises their turnover is still fixed at not more than FCFA 15 million. And, for the medium-sized enterprise, the ceiling is three billion instead of 1 billion as in the previous. Government’s aim is to help companies especially those in civil engineering and public works to enjoy benefits cited within the law. This is in line with government’s policy to promote the growth of enterprises especially Cameroon owned.
The second bill is to authorize the President of the Republic to ratify the amendment to the convention on the physical protection of nuclear material. Proposed by the international atomic energy agency (IAEA), it was adopted in 1979 and entered into force in 1987. Cameroon is party since 2004. Through this bill, the government is showing its intention of laying down a legal framework to ensure the physical protection of nuclear material used for peaceful purposes in an event of storage and transport. Authorities also want to combat related crimes to the said material and facilities. Once a law, Cameroon is under the obligation to prevent the theft and disappearance of nuclear material and stop sabotage of nuclear facilities on their territories.Related to the second, the third bill is to authorize the President of the Republic to ratify the additional protocol to the agreement between Cameroon and IAEA for the application of safeguards pursuant to the treaty on non-proliferation of nuclear weapons. It was signed in Vienna on December 16, 2004. Here, government wants a framework under which it will provide all information on nuclear activities within its territory to the IAEA. 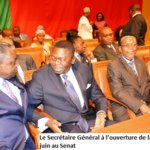 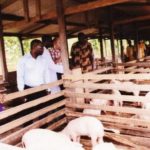