The Party’s commitment to sporting activities cannot be undermined given the numerous tournaments usually organized by militants in the various localities especially during summer holidays.

Cameroon will be vibrating to the rhythm of the Female Africa Cup of Nations come Saturday November 19. The football tournament which the country is this year hosting is thanks to the savoir fair of President Paul Biya, the country’s number One sportsman.
There is no questioning the unifying power of sports and this explains why the CPDM has celebrated the 34th anniversary of the National President’s accession to the Supreme Magistracy under the theme “Behind President Paul Biya, let us support Cameroon’s sports movement to strengthen national integration, peaceful coexistence and mutually beneficial collaboration between peoples and nations”. Going down history lane, it is glaring how the nation has often come together as one during sporting events proof of the latter’s rallying strength. Owing to the fact that Cameroon is this year hosting the important sports event, the CPDM intends for not only its militants but the entire nation to show support and use the occasion to solidify their coexistence.In the various towns where the tournament will be played, namely Limbe and Yaounde, militants residing in these localities have been called to massive attend and support the Lionesses as well as show the country’s legendary hospitality to visitors.For years now, the Party has through its militants encouraged sports especially football, with the organization of tournaments during holidays to keep youths busy and enliven the different localities. Usually, elite of a given area in synergy or singlehandedly foot the bills of such tournaments, with the main goal being to bring together people of all political divides under one banner to play and make merry.
These tournaments which are usually crowd pullers have been reported to be veritable melting pots of religions, cultures and people. It is also during such events that the CPDM takes the time to encourage faire play, harmony and social cohesion.Gradually, these tournaments have become important events during which budding talents are identified and harnessed. With icons often invited to take part in these competitions, the people take the pains of stepping up their game in order to attract the right observers. For the most part, participants at the competitions ferry home cash prizes which usually enable especially the young ones to prepare for schools.Thanks to the CPDM, the populations of many localities look forward to summer holidays, a time when all barriers are broken down in all sporting arenas. With football usually occupying centre stage, there is also handball organized mostly for the women. The CPDM has understood the unifying power of sports and that is why the Secretary General in his circular to addressed to militants is calling for a strong mobilization in favour of sports for the commemoration of President Biya’s accession to power come November 6. 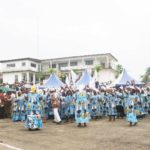 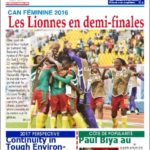