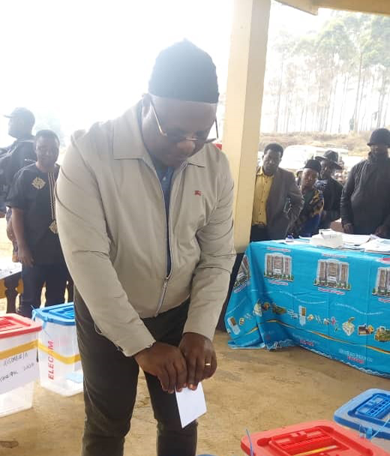 At about 9 am of Sunday February 9, voting commenced at the various polling centers of Alou and Lebialem Division in general. Voters of Njenawung, Lewoh and Ndungated exercised their civic responsibility at the Alou treasury center polling. Here closed to 20 polling stations made up the center. The atmosphere was serene with voters queuing up at the center, brandishing their voter’s card and waiting for their turns. The other polling center was located at Alou municipal grandstand. The center comprised Nwametaw, Mmockmbie, Mmockngie and Nwangong with about 22 polling stations. Voters of this center included Minister Paul Tasong, The Divisional Officer of Alou, Chief Dominic Fotsop, Mayor Paul Ntemgwa and host of potential councilors. At exactly 10 am Minister Paul Tasong cast his vote, followed by a queue of others. The others parts of Lebialem like Wabane and Fontem, we gathered that voting also went on hitch free, with the highest turnout recorded in Nkongle in Wabane. The various list leaders of the CPDM party, as well as the Parliamentary aspirant, Bernard Foju, the SDF Parliamentary candidate, Denis Nkemlemo, all observed with keen attention the smoothness in the entire process. The determination exhibited by the population who turned out to vote attested to the fact that the People of Lebialem have embraced peace and are eager to see peace restored to the Division. From the start of the voting exercise to the end, no sound of gunshot was heard contrary to social media detractors. From what is observed, the people of Lebialem have unanimously unite to fight against secessionists and have embraced peace which is the only channel through which the much needed development can be achieved. The population most of whom have been living out of the Division because of the barbaric activities of secessionists, are now very determined to return to their homes and continue with their normal life. The presence of security forces and their regular patrols spurred up the population and guaranteed a safe conduct of the exercise. 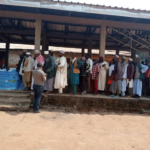 9 Feb. 2020 in Northwest Voting in all Subdivisions. 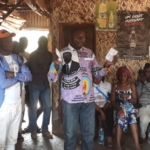