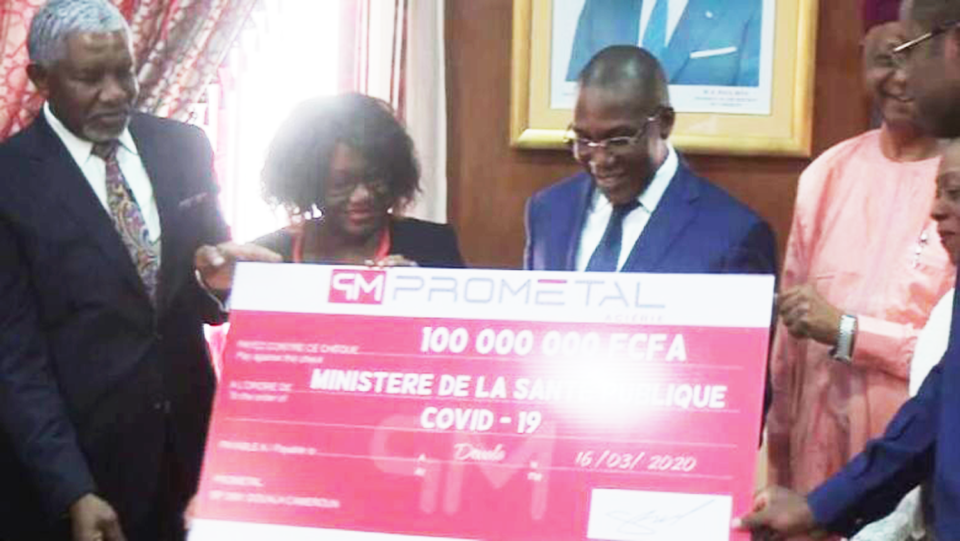 A friend in need is a friend indeed the saying goes. Some businesspersons in Cameroon have been supporting government financially in its quest to stop the spread of the coronavirus and to treat infected persons.

Cameroon’s President, Paul Biya, recently prescribed the creation of a solidarity fund in the framework of the fight against the Coronavirus, which started spreading in the country since March 6, 2020, when the first case was confirmed. Following the presidential prescription, the fund was instantly endowed with an initial amount of 1 billion. However, even before the launch of the fund, some of the economic agents operating in the country had already sent financial donations to help the government fight the pandemic. For instance, recently, refining company SCR MAYA & Cie handed a check of FCFA150 million to the Minister of Public Health. Just before that company, French metallurgist Prometal, an enterprise specialised in the manufacturing of iron had donated FCFA 100 million to the Cameroonian government. Other donations of FCFA 150 million and FCFA100 million came respectively from UBA Group and business magnet, Baba Dan Pullo. More donors are joining the list with cash and medical equipment donations. This is not the first time businesspersons in Cameroon are giving a helping hand to the government in the face of a crisis. They did the same thing in government efforts to stop the activities of Boko Haram in the Northern part of the country. The crisis that has been going on in the two English speaking regions of the country was no exception. These men of good will lend a hand of solidarity to the government to assist it bring lasting peace to the two affected regions. As government grapples with the covid 19 situation, many more Cameroonians are encouraged to bring in their support to the solidarity fund. The support can be in cash or in kind as they deem fit. Cameroon will definitely need money to go about some of these measures. 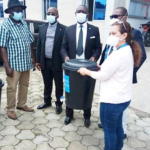 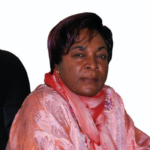