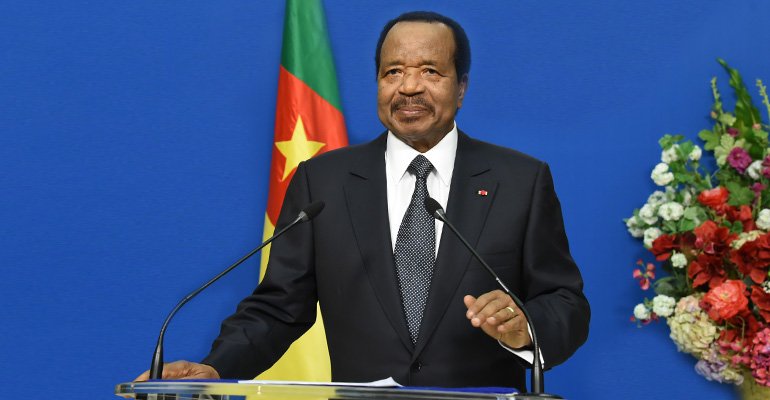 Government has made public the findings of the Ngarbuh investigation, it ordered. This is contained in a communique issued Tuesday by Minister of State, Secretary-General at the Presidency of the Republic, Ferdinand Ngoh Ngoh.The conclusions confirm parts of an earlier statement made by Colonel Cyrille Atonfack, the army spokesperson after news of the February 14 killings broke.
It states that Government forces went to Ngarbuh on a “reconnaissance mission” that was authorized on February 12, 2020. The village had become “a centre where secessionist terrorists regrouped and a logistics pole for the supply of arms, ammunition and fuel” for armed groups in Donga Mantung and Bui Divisions, government said.
The communique also said: the terrorists were engaged in all sorts of abuses against the local population, which “warranted an intervention” of government forces to “protect” them. It narrates that upon arrival in Ngarbuh, the military squad that was backed-up by members of the vigilante group split. A team based on intelligence from a “farmer and an ex-combatant” attacked at Ngarbuh 3, “killing five terrorists” as earlier stated by the army spokesperson in February.

“Three women and 10 children had died because of its (the military) action,” the government stated. 18 people, according to the findings of the investigation, were killed on the night of February 14, in Ngarbuh though Human Rights Watch talked of 21.
NGOs accused government troops of killing them and burning homes. A fact, the communique of the Secretary-General admitted. “Three servicemen with the help of some members of the vigilante committee, tried to conceal the facts by causing fire”. Sergeant Baba Guida who led the operation misled authorities that is what government is saying. He “submitted a deliberately biased report to his superiors,” on which “government initially based its statement,” Yaounde recounted.
Reports of a mission are always submitted to hierarchy by the leader of the team, upon return from the field, a military source said. Discrepancies, automatically trigger an investigation, the source added.
There was no incident in Ngarbuh 1 and 2, which were part of the same military mission to probe the combat ability of the armed groups.

Who pays?
Government says, President Biya, Commander-In-Chief of the armed forces had ordered the arrest of the three soldiers involved in the “tragic events” and they are already in Yaounde at the “disposal of the military tribunal”. Members of the vigilante group are being “tracked down,” the government also revealed.
Major Nyiangono Ze Charles Eric, Commander of the 52nd Motorized Infantry Battalion will face “disciplinary proceedings” for failing to “personally supervise the operation carried out by his troops,” it adds.

Beyond government
The Joint Commission of Inquiry set up by Minister Delegate at the Presidency in Charge of Defence was made of up various arms of the Cameroon military and had a dose of the civil society members and religious authorities, according to the government.
The commission used the “services” of Chemuta Divine Banda, President of the National Commission for Human Rights and Freedom, a critic of the regime, despite being appointed by President Paul Biya.
It also benefited from the inputs of George Nkuo, Bishop of Kumbo Diocese, where Ngarbuh is found. The cleric accused government forces of being responsible for the act from the outset.
The United Nations, often referred to as the third impartial party by the leaders of separatist fighters was “invited to participate” on the “instructions” of President Biya, as acknowledged by the Secretary General in the communique. The UN has promised to provide “technical support” to the Cameroonian justice that is handling the matter.

Gov’t respects victims
President Biya has ordered for the corpses of the victims to be “exhumed” and given a “decent burial” while their families are paid “compensation and indemnities”. A military base will also be created in the village to ensure “better protection” of the population and help in the return of displaced persons. A duty that has earned the Cameroon army laurels from across the globe.

Congrats NGOs but…
The Ngarbuh findings by the commission vindicate the human right groups and defenders because their reports blamed the Cameroon military. President Biya saluted their work as indicated in Minister Ngoh Ngoh’s communique.
However, the President reminds them carry out their task with “vigilance and firmness as well as with serenity and discernment without political motivation which can only weaken it”.
However, NGOs have remained silent over the alleged killing of two notables in Bambili and the Prince of Kugwe village, and the burning down of Bangang village in Wabane Subdivision, Lebialem Division in the Southwest Region and other atrocities recently committed by separatist rebels. 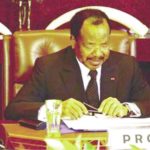 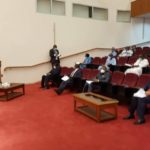