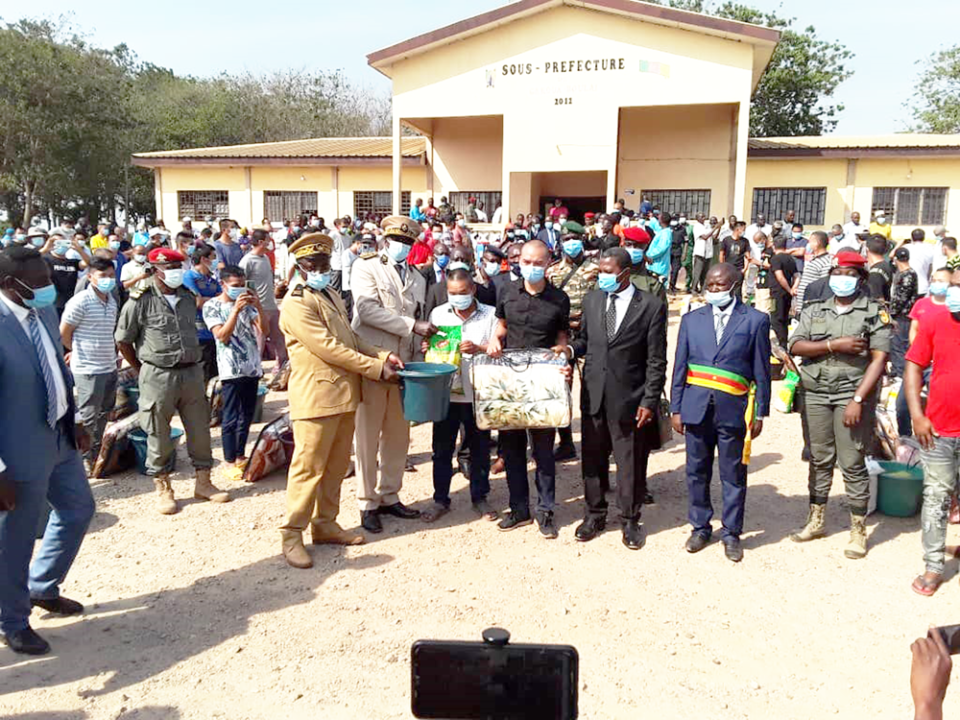 The President of the Republic Paul Biya has assisted over 150 Chinese nationals forced to leave the Central African Republic and move into Cameroon.

About 4,500 persons have crossed over into Cameroon from the Central African Republic (CAR) in recent weeks after new chases erupted. Among them 150 Chinese into mining and retail businesses. In addition, over 1,200 trucks are stuck along the Douala – Bangui corridor, the Head of land transport office in Garoua-Boulai, a frontier town told [last Sunday] the envoy of President Biya Atanga Nji Paul, also Minister of Territorial Administration. Adding that: “We would like to express our gratitude to the Cameroonian authorities who started dealing with the situation immediately. We provide support to truck drivers for their needs.”
Minister Atanga Nji was bearer of comforting words and supplies to Chinese nationals that abandoned everything and fled. Rebels looted their shops and chased away the Chinese at gunpoint from the mines. Minister Atanga Nji said: “The President of the Republic sent me here to assure you of the hospitality of Cameroon because of the excellent relations of friendship and cooperation between Cameroon and China.” He brought beddings, food, hygiene kits, and financial support. Gifts that were uplifting. “The gesture has come at the right time. We were prosperous business owners and have lost everything,” a representative of the beneficiaries Liu said. The government, according to Minister Atanga Nji Paul is ready to support the Chinese victims if they want to move.
Here, calm has returned to GarouaBoulaï and truck drivers continue to enjoy the legendary hospitality of Cameroon, their representative said. The truck drivers are of different nationalities, including Chadians, Central Africans and Cameroonians. Some of the vehicles stalled here are transporting equipment of the United Nations Multidimensional Integrated Stabilization Mission in the Central African Republic (Minusca).
While in GarouaBoulaï, Minister Atanga Nji chaired a security meeting in the conference hall of the sub-prefecture, in the presence of top administrative and security officials of the East Region. At the meeting, the minister saluted the chiefs of the frontier villages (4km from CAR) for their role in seeking peace. The Head of the UN Refugee Agency Mission in Bertoua Wahid Benamor says more refugees are streaming into Cameroon. If the trend continues, he added, it will have “an impact on our means,” to manage the situation. 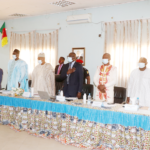 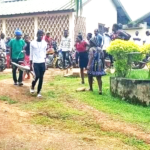 Violence on civilians : Separatists kills dozen within one week