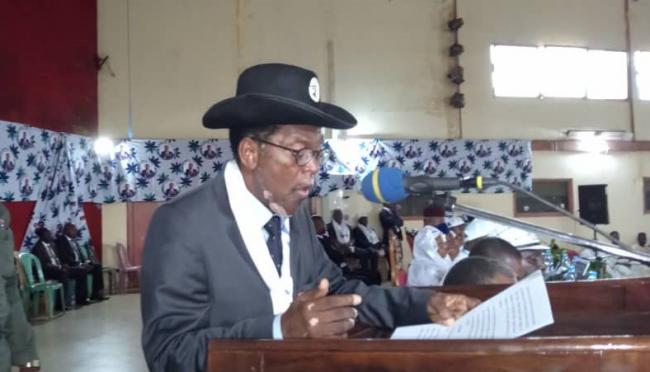 Again, a crowd turned out at the Congress Hall, yesterday October 2, 2018, this time to welcome Jean Nkuété, President of the National Campaign Supervision Commission for candidate Paul Biya.

Militants, sympathizers and supporters danced, sang and hailed CPDM candidate Paul Biya. Despite, the scare from the armed separatists, militants courageously turned out.  At Matazen, gateway into the region, militants from Mezam IA,  Mezam II and the Mezam Divisional Campaign Coordination Commission,  led by its head,  Minister Felix Mbayu welcomed the scribe of the party.  The population handed a peace plant to the Secretary General of the Central Committee, a demonstration of their comment to preserving peace in the region.
The crowd that was waiting for Jean Nkuété at the Congress Hall, the maternity of the CPDM in 1985, was a marvel in the eyes of the August guest. Full to capacity, the militants were clad in campaign fabric, caps, T shirts and much more.
Jean Nkuété who addressed the population in the English language besides making a succinct argument why the incumbent was the best candidate, mocked at the other candidates while congratulating the population for their resilience in the midst of a storming region, forced on them by outlaws claiming to be liberators of Anglophones. He quizzed why the other candidates have avoided and abandoned the people of the North West in difficulties and prefered appearances over the media.  Five days to the end of campaign, a candidate of the opposition is yet to visit the region.  An indigene of the neighbouring West Region, Jean Nkuété assured the population of their support in these tough moments.
Mothers in the region are weeping over their children who are in the bushes, living under the opium of falsehood and hope.  An elite,  also WCPDM section President of Mezam IA (Bamenda I)  Dr Nebah Brigitte,  echoed a plea at the Congress Hall, for children to return home.
Earlier, the Chair of the Regional Campaign Coordination Commission for the North West filled the SG in, on the efforts of the militants in canvassing for votes for candidate Paul Biya.  He praised the Central Committee for choosing the door-to-door and mouth-to-ear method of campaign. A perfect fit in the present socio political tension in the region.  He promised a landslide victory for President Paul Biya in the North West come October 7th.
The Honorary President of the National Bureau of the women’s wing Mrs. Chantal Biya who had sent warm greetings to the population of the North West Region, through the SG was offered a gift.  Militants of Mezam IB gave her a painting of her portrait when she was made UNESCO goodwill ambassador.
However, some militants could not attend the event because they are in the drag net of the secessionists, a preoccupying situation in the region. All hopes are on candidate Paul Biya, to restore peace in the two Anglophone regions, as the Section President of Mezam IB said in his welcome speech.
The Secretary General moved to West Region, where he will meet the electorate today. 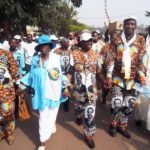 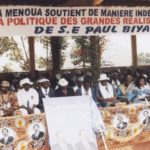