Across Cameroon, the year 2013 will be marked by 3 key elections: municipal, parliamentary and senatorial elections. Initially scheduled for 2012, municipal and legislative elections which were lastly held in 2007 were carried forward to 2013 by the Head of State. With the ongoing implementation of the decentralization process, councils have more than ever before become the pivot of local development. As their leverage increases in the management of politico-economic and socio-cultural issues of the population, the positions of municipal councelor and mayor are now targeted by more people. Between the last municipal elections and today, much water has flown under the bridge. While the general picture reveals a relatively calm and gentle mandate for most mayors, some passed away, others got involved in corruption scandals and a few distinguished themselves negatively by failing to meet the desires and expectations of those who voted them in office. Be it as it may, the 6 year election inter phase has been characterized by the emergence of new political parties and new politicians. The most conspicuous in this category include Edith Kah Walla of the Cameroon Peoples Party, Olivier Bile of the Union for Fraternity and Prosperity and even Ayah Paul Abine of the People’s Action Party have seen the light of day. During this period, Cameroonians living in and out of Cameroon also witnessed the spectacular come back of the National Salvation Front and its chairman, Issa Tchiroma Bakary who doubles as minister of Communication. Building on logic, Cameroon’s democracy would be enhanced further after this year’s municipal elections with the coming of mayors from newly created parties. A similar story can be told at the level of legislative elections. The current legislature is dominated by the parliamentarians of the Cameroon People’s Democratic Movement (CPDM). In fact, 153, out of 180 MPs who make up the National Assembly come from the CPDM. Habitually reserved for bureau elections, the first ordinary session of parliament is scheduled for March. From all indications, the incumbent speaker of the House will be re-elected and the bureau itself is likely to observe an overall status quo. As a matter of what precedes, the upcoming bureau will be short live because soon after its election, elected officials will have to convince their constituents during legislative elections in a bid to merit another mandate. There is a likely hood that not all bureau members will be given another mandate (…). This will definitely impact on future appointments of top officials in government (ministers and personalities ranking as such) and in the CPDM (resource persons, head of delegations, chargé de mission, etc). As well, the coming of new Members of Parliament will lead to the coming on stage of new business people. In the meantime, past experiences have revealed the commitment of most parliamentarians to obtain government contracts, practice influence peddling and at times end up not executing the contracts for which money was disbursed. On December 31, 2012, the President of the Republic announced to Cameroonians that there will be Senatorial elections in Cameroon come 2013, as per provisions of the 1996 Constitution. In all, there will be 100 senators across the country. Seventy will be elected by regional and municipal counselors from the 10 regions and over 360 councils in Cameroon while 30 will be appointed by the Head of State. This will bring a new cream of politicians on stage. Another constitutional provision to be implemented in 2013, as announced by the President of the Republic is the constitutional council expected to have 9 members. This will strengthen Cameroon’s baby democratization process given the constitutional council judges the legality of all laws implemented in Cameroon. 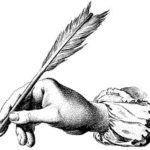 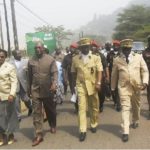