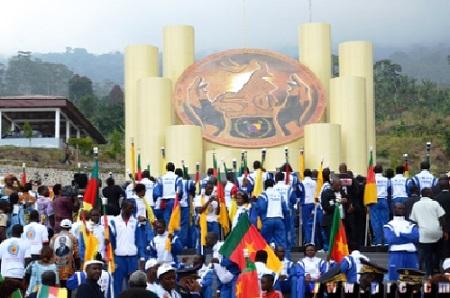 Feasting is over, nation building continues as peace, unity and economic take-off remain the key priorities of the Biya regime.

Fifty three years have come and gone. From North to South and from East to West, Cameroonians are at ease, peace and determined to remain one and indivisible. Buea, capital of the South West region and celebration ground for the commemoration of the 50th anniversary of the reunification of the former West Cameroon and former East Cameroon has witnessed maximum development. President Paul Biya’s sojourn to Buea, marked by the presence of Cameroon’s “who is who,” points to the success of the event and commitment of Cameroonians to stay and live as one. In line with president of the republic, Cameroon is the land of all Cameroonians. As Cameroon’s ride to a more united and unified country is pursued, four points may be understood to the latter.
Firstly, nobody is more Cameroonian than the other. Analysts have argued that it is useless and worthless for a Francophone to try to be an Anglophone or vice versa. It behooves on all mountains to maintain their socio-linguistic specificities but, stay united under the grand canopy of the Republic of Cameroon. National unity implies being free to move and to settle in every part of Cameroon, being part of the action and being treated on the basis of what we can offer and not on the basis of what we speak as first and local language. To ensure cohesion among the over 250 ethnic groups present in Cameroon, the process of national unity should bring together all Cameroonians on the work site of nation building, be they Francophone or Anglophone, whether Ewondo, Douala, Bakweri, Bamileke, Mankon, Maka’a…
Secondly, the Buea event permits all and sundry to believe that more can be done by the government vis-a-vis the claims of the Southern Cameroon National Council (SCNC). During the conference organized in the Amphi theatre 750 of the University of Buea on reunification two days to the D-day, proponents of the SCNC led by Njoh Litumbe openly talked about their motivations and desires. For this reason, the Prime Minister and Head of Government advised them to operate under the banner of a political party and further urged them to forget about the option of seceding from the rest of Cameroon. Both sides want fairness, only fairness from each other.Thirdly, the reunification anniversary celebrated in Buea confirms ancestral wisdom that, “when ordinary people meet, they do extraordinary things”. According to the Minister of Communication, Issa Tchiroma Bakary who doubles as government spokesman, over 30 billion franxs CFA was disbursed from the State’s treasury to facelift the town of Buea. Denizens of this town and its environs can now move and drive in and out of the town on more than one road. Several kilometers of roads were tarred, public buildings renovated and two hotels refurbished. Be it in Tiko or Buea, the President of the Republic, his wife Chantal Biya and their entire entourage enjoyed the legendary hospitality of former West Cameroon.
On another front, the play written by the Minister for Youth and Civic Education, Bidoung Mkpatt and performed in the open air Amphi theatre of the University of Buea by over 400 artists drawn across Cameroon recounted the story of two people that were and are still ready to live, work and stay as one. As the reunification struggle continues, the play reminded viewers that the philosophy of today’s classroom would represents the policies of tomorrows government. The President of the Republic explained to the younger generation that Cameroon counts on them and that young people would be the direct beneficiaries of today’s reunification oriented policies. Finally, the reunification anniversary reminds us that President Paul Biya is largely appreciated and loved by Cameroonians. Dance groups, traditional rulers, militants of the Cameroon People’s Democratic Movement pupils, students and fellow citizens came out en mass to salute Paul Biya and thank him for the peace which Cameroonians enjoy. 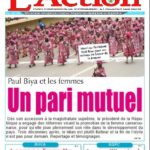 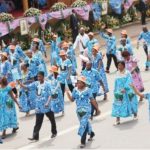