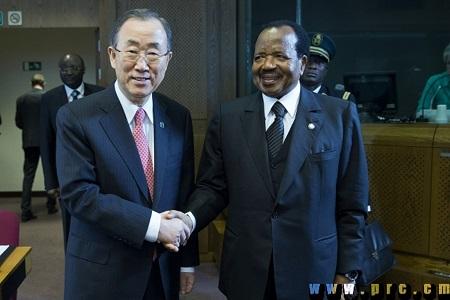 The EU-Africa Summit has come and gone, with major European leaders calling on both entities to develop a new approach to cooperation.

According to the German Chancellor, Angela Merkel, Europe must see «the opportunities on the continent and not only the problems«. In seeking deeper political, economic and investment ties between the old continent (Europe) and the future of the world (Africa), participants across spectrum focused on conflict prevention in Africa, with a case study on the ongoing violence in the Central African Republic.
Undoubtedly, the most significant fallout for Africa is Europe’s open recognition of Africa as a continent that is gaining greater significance. Reason why, the new cooperation would pan on «more trade, more investment and more empowerment, for African problems to be solved by Africans themselves«, said Mrs Merkel.Even though Africa stands to gain from this summit, Europe equally has a fair share of the pie. The chairperson of the African Union Commission, Mrs Nkosazana Dlamini-Zuma insisted on the fact that, «We must ensure that we strengthen our partnership based on understanding of each other’s challenges and aspirations ».
During the summit, it was agreed that Africa’s youth population is set to double in the coming years while Europe’s retired population is set to do the same in the next decade. With Africa currently home to eight of the 10 fastest growing economies in the world, while Europe still recovers from global economic crisis, the meeting emphasized on the fact that, «Africa is open for business but is not open for sale.» In line with his tradition, the President of the Republic of Cameroon, H.E Paul Biya, used this summit to address issues like the current situation in the Central African Republic and peace and security in the world. He reminded his audience (made up of several Heads of State and governments) that it would be strategically wise to put in place a peace keeping mission of the United Nations Organization in the country. He further highlighted his desire to see peace and stability in Central Africa by receiving in audience the President of that country, Mrs Catherine, Samba-Panza on April 3, 2014. Along similar lines, the first day of the summit was dedicated to a special meeting on the Central African Republic, chaired by President Abdel Aziz of Mauritania, together with President Van Rompuy of the European Council and President François Hollande of the Republic of France.This took place shortly after the European Union began its military mission in that country, where 1,000 peacekeepers will be deployed. Politically and religiously-motivated violence between Christians and Muslims in the country have forced roughly 1 million people to flee their homes, with a very huge proportion now living in Cameroon.
The EU force joints over 6,000 African Union troops and 2,000 French troops already present in the country. UN Secretary-General Ban Ki-moon was in Brussels for the summit and he described the existing forces in the CAR as «far from sufficient,» saying that he intended to ask assembled European and African leaders to «strongly consider providing badly needed additional troops and police and also financial support.»Be it as it may, the new Afro-Euro cooperation which is pinned on the motto “investing in people, prosperity and peace” would likely lead to a shift from development cooperation to a partnership of equals with trade and investment playing a key role.
Meantime, if African countries have to fully benefit from resolutions of this summit, they must rethink their understanding of democracy in particular and governance in general. That is, organize free and fair elections, in the transparent sense of the word. Moreover, as policies are put in place to ease life for the next generation in Africa, less attention should be paid on creating strong men and more energy should be channeled towards building strong institutions. 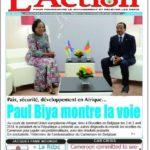 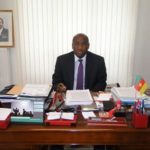