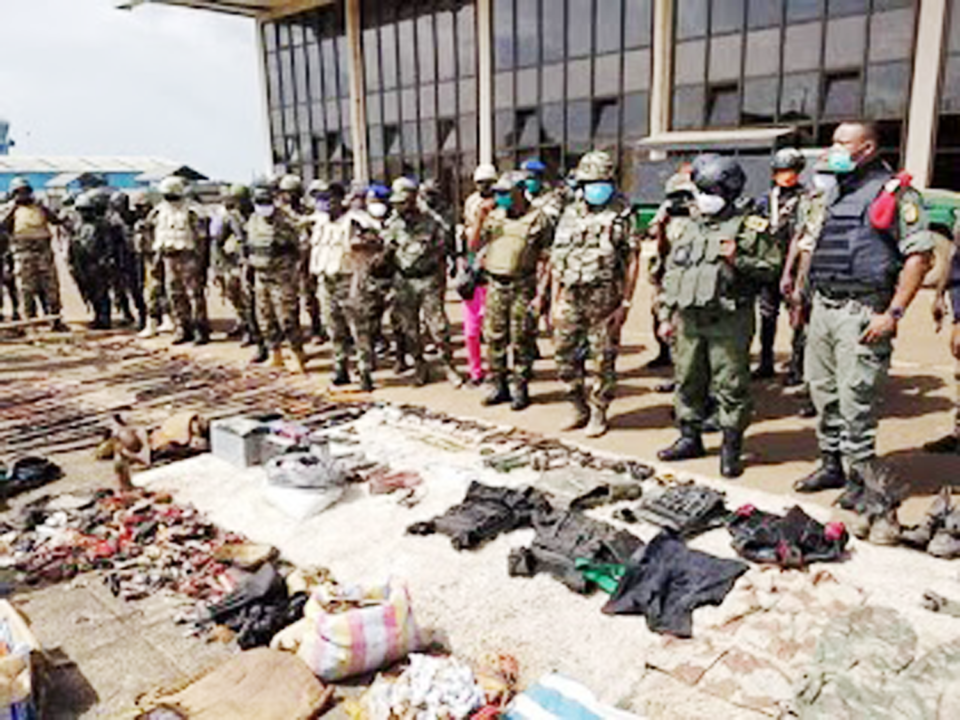 Government overran camps of separatist fighters reigning terror in Bafut subdivision, of the Northwest region over the weekend.

Two ‘generals’ were among those killed. Alahji who had pitched his camp at Saddle Hill Ranch, a four star hotel, who posed in a picture in 2018 kidnapped students from PSS Nkwen was killed. The ‘general’ is noted for kidnapping politicians and business owners from Bamenda for ransom. Government troops zoomed in on the camps on two fronts Mankon and Momo Division. 300 soldiers took part in the Bafut mission. Military hierarchy Brigadier General Nka Valere Commander of the 5th Joint Military Region, and Brigadier General Ekongwese Divine Commander of the fifth Gendarmerie Region, congratulated the soldiers on Friday May 1. “Bafut you know is an Amba stronghold but we will clean it and let the people live their normal lives,” Nka Valere said after looking at the ‘spoils’. Colonel Matiang Charles Alain, commander of the troops that went to Bafut said the military is around for the protection of the population. “This is just the beginning. We shall have many more operations and I call on them to cooperate”. The military recovered motorcycles used by the rebels to transport their hostages. Soldiers retrieved two horses, an SUV, chain saw, guns and charms known as “odeshi”. “General” Alahji reportedly kidnapped students twice. In his second coming, he kidnapped 80 students. Cameroon authorities banned movement between subdivsions to help government troops to rescue the students. Alahji and his gang seized land from several villagers. “General” peace plant was also among the 15 fighters killed in the Sunday morning raid. Villagers had fled the subdivision because of terrorist activities in Bafut. “Hopefully I will be able to make it to Bafut and see my grandparents. I have not gone pass mile seven in Mankon for more than two years now”, wished a lady that an online newspaper named as Manka to protect her identity The generals went to the Bafut Palace, alleged attacked by soldiers during the raid. General Nka Valere refuted the claims. The palace is on UNESCO’s waiting list of heritage sites. 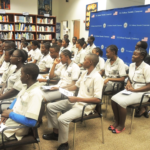 school resumption : What will be different?