House Speaker, CavayeYegiue Djibril will today June 11, 2020 preside the opening session at the National Assembly, while Marcel Niat Njifenji will chair the Senate

The Yaounde Conference centre is set to receive members of both houses of Parliament for this ordinary session. These past weeks have been diligently used to setup makeshift halls and hemicycles for both houses, given that the National Assembly is under construction. Amongst issues that will be discussed during this session is the presidential ordinance which modifies certain provision of the 2019 finance law thereby reducing the 2020 state budget by 11%. This outcome has been blamed on a drop in revenue mobilisation prompted by the global ravaging effects of the coronavirus pandemic. According to the ordinance, the fight against the corona virus pandemic is at the core of government expenses with the creation of a Special Fund with a threshold of CFA180 billion. Meanwhile, Parliament is also expected to meet in congress on June 12. It is clearly stated in the Constitution that the two houses of Parliament shall meet in congress at the behest of the President. This same law says both Houses meet simultaneously “only if the business of the day concerns both of them” it will be the case as Professor Joseph Owona, appointed last April 15 by presidential decree to replace the late Jean Fouman Akame will take his oath of office. He will be sworn in as the eleventh member of the Council after being appointed in accordance with Law No 2004/005 of April 21 2004 that lays down the rules and regulations governing membership of the Constitutional Council. The session holds at a time when the numbers of people infected by the coronavirus increase by the day. The senators have not been on recess per se, as many have been contributing in diverse ways to assist government in its effort to stall the spread of Covid-19. There has been growing numbers of individual and collective gestures, all geared towards fighting the pandemic. Just like during the March session, the respect of government’s measures with regards to the health crisis will in no way hinder deliberations. As usual, bills will be deposited for scrutiny before adoption and the MPs will also have questions for members of government. As the senators look forward to fruitful deliberations during the upcoming session, there is no doubt that hand washing, wearing of masks and social distancing will be respected during the 30 days the MPs will be meeting. 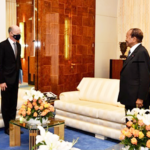