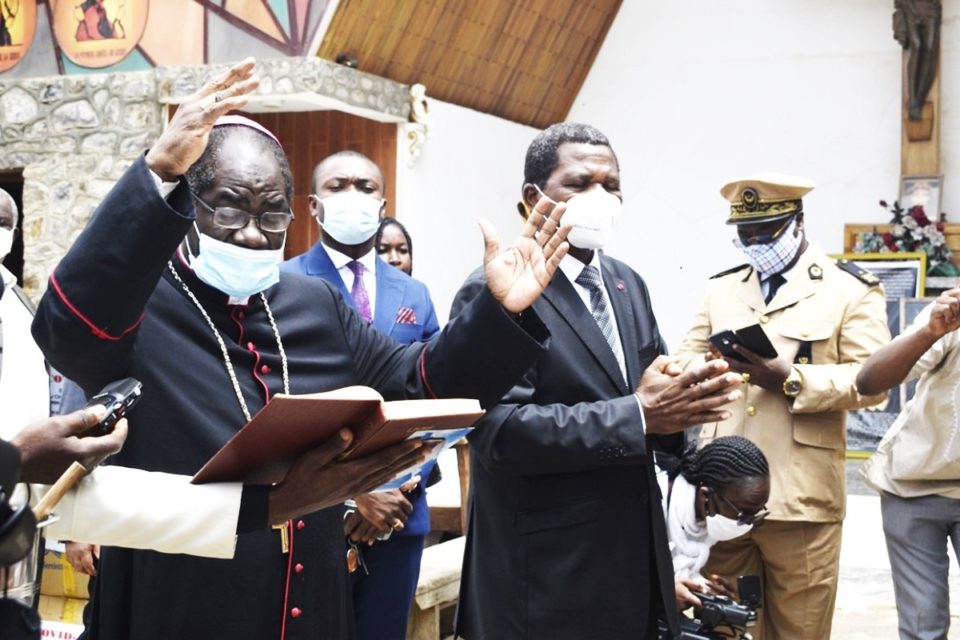 Once more, the Head of State reached out to another needy group – churches as Cameroon fights to flatten the Coronavirus curve.

Paul Atanga Nji, the Minister of Territorial Administration, handed over a package of sanitary kits on Wednesday June 17 to churches in Yaounde. The package from President Paul Biya was offered to three churches to cut new infections. Cartons of laundry soap, reusable masks, wash hand buckets, tap buckets, cuticles, and sanitizers were among the items handed to the various heads of the churches. The President added praying mats for the Muslim community. Cameroonians while hoping on science to find a solution to the health crisis are begging God to clear away the pandemic. Minister Atanga Nji made stopovers at the premises of these churches: Our Lady of Victory Cathedral for the Catholics, Paroisse Maire Gocker of the Eglise Presbyterienne du Cameroun, EPC and Briquiterie Central Mosque and met the Muslims.
The Minister of Territorial Administration thanked the churches for joining the fight against the coronavirus, on behalf of the Head of State, Paul Biya. “I want to commend the efforts put in place so far by the church with respect to distancing measures; we know you have an important role to play in the response measures put in place” , the Minister said at the Our Lady of Victory Cathedral. “The President is adding you (the Men of God) to the fight as the population is constantly with you; the donation is to help facilitate the work,” the Minister added.

Into Your hands…
Men of God have also entrusted the fight against the pandemic in God’s hands. His Grace Jean Mbarga, Archbishop of the Yaounde Archdiocese read from John 10:10, before receiving the gifts of the Head of States. He prayed for an end of the pandemic. Modibo Ibrahima, the main Imam of the Esso Mosque, “promised our (Muslims’) continuous prayers for an end of the coronavirus in Cameroon and the world”.
The quantity of the kits received appeared to fill a huge gap. Our Lady of Victory Cathedral got 2000 cartons of soap, 600 wash-hand buckets, 2000 sanitizers, and 4000 buckets as well as 15 000 face masks. The Paroisse Maire Gocker of Yaounde received 340 cartons of soap, 102 tap buckets, 684 bottles of hand sanitizers, 1020 buckets and some 10000 face masks. While the Imams of the Yaounde Central Mosque received 420 cartons of soap, 70 wash hand buckets, 70 praying mats, 140 cuticles, 24 cartons of hydro alcoholic gels, 420 buckets, 7000 face masks.
This gesture of the President was one of many. He recently donated 100 000 surgical masks, 20 ResMed brand respirators, 700 protective jumpsuits, 700 pairs of gloves, 700 safety glasses, 700 caps and an equipped ambulance to the health workers. 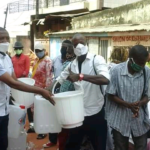