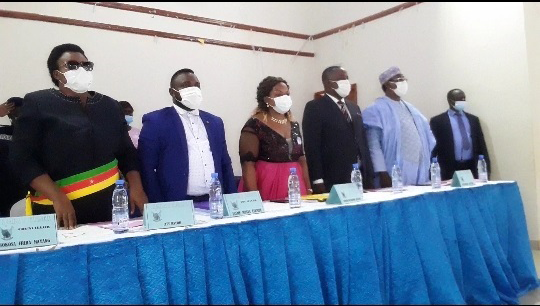 During the session, councillors hailed the mayor for the enormous efforts in fighting Covid 19 pandemic .

The 2019 administrative, management and stores accounts of Kumba I, which balanced in revenue and ex- penditure to the sum of FCFA 627.523.568 and FCFA 373.461.247 respec- tively with a surplus of rev- enue over expenditure at the tune of FCFA 254.062.321, have been adopted. The accounts were adopted by the twenty five councillors of the board, during an extraordi- nary council session chaired by the Mayor, Barrister Moses Eseme Esembe. The administrative account was an execution of the former council executive headed by the SDF party. Going by the accounts, of the thirteen projects ear- marked for execution in 2019, ten were successfully executed while three are pending. While hailing the past coun- cil executive for their strife in developing the Kumba I municipality, councillors equally saluted the enor- mous efforts being made by the current executive to en- sure that the municipality is safe from the Covid19 pan- demic. Going by the administra- tion, the councillors have the obligation to ensure continuity of the institution by adopting the accounts. Though very encouraging, the Supervisory authority called on the present execu- tive to leave a footprint by going above what their predecessors did. The be- ginning of the current mandate was tainted by the outbreak of the coron- avirus pandemic, which is draining resources. Also, the socio political crisis in the two Anglophone regions characterised by ghost towns is playing a negatively to the smooth functioning of the council. The mayor used the oppor- tunity to call on all and sundry of the municipality to unite and fight against ghost towns. To him, Kumba being a Divi- sional head quar- ter must assume it economic ac- tivities on daily basis like other towns of the re- gion. At the end of successful delib- erations, council- lors promised to give the mayor and his executive maximum col- laboration to en- sure effective transformation of the munici- pality so that the CPDM party remains in control of the council. 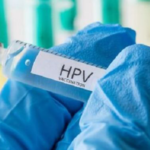