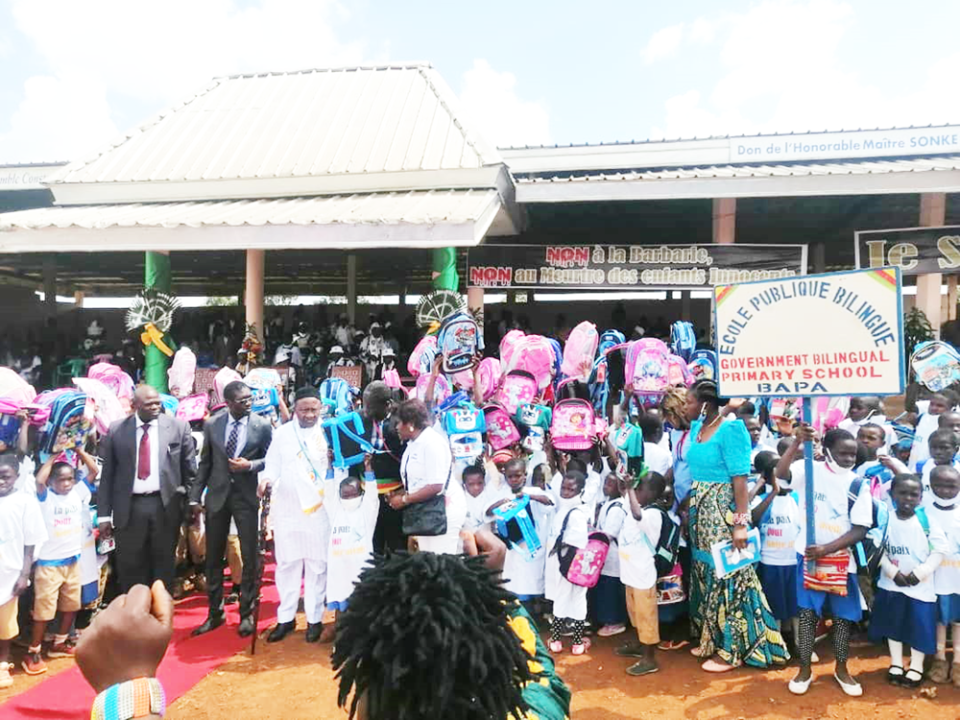 Honourable Datouo Théodore,Vice president of the National Assembly donated the consignment of school bags, books and pens and much more, to some three hundred kids.

President Paul Biya’s accession to power that would have been held here on this same date, it was a population largely made up of internally displaced persons residing in Bangou. Due to the socio-political crisis in the North West and South West regions, the town of Bangou in the Upper Plateau Division of the West region witnessed a rise in its population. Having observed and noticed the increased number of children in neighbourhoods in Bangou, Hon. Datouo like the father he is, sought and was told that some of the children were not schooling while many lacked basic didactic material. It is in this light that he gathered the internally displaced people, telling them that Bangou was their new home and they had found a new family. In his address to those present, Hon. Datouo acknowledged having received representatives of the Anglophone community who had complained of the absence of a bilingual nursery school. To this worry, the MP tasked the Divisional Officer Ndobo Kuntz Placide, the Mayor Sikapin Paul and the divisional delegate of Basic Education to look for a building that would house the first bilingual nursery school and recruit six teachers. To concretise this, the MP promised to remunerate the teachers for the first six months. All these he said would be done while waiting that the ministry in charge sends teachers. Recalling the seven children killed in cold blood in Kumba, Hon. Datouo joined his voice to those of many who have condemned the gruesome act to say “never again!” His gesture thus corroborated the fact that education is a fundamental right for every child and that none had the right to deprive the young ones, considered as the future of Cameroon from enjoying it. According to Mayor Sikapin, “we are very happy with the MP’s measure to open a bilingual nursery school and his promise to pay teachers from his pockets.” Akoh Mathias, head of the Anglophone community in Bangou expressed gratitude; bringing to mind the fact that it was not the first time, “our father is bringing a catch home for his children after hunting”. Recalling the gift of a community hall constructed some years back, he added, “Anglophones have been warmly welcomed in Bangou and now this move is to ensure the education of our children”. 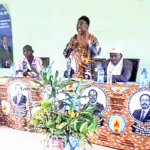 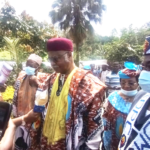