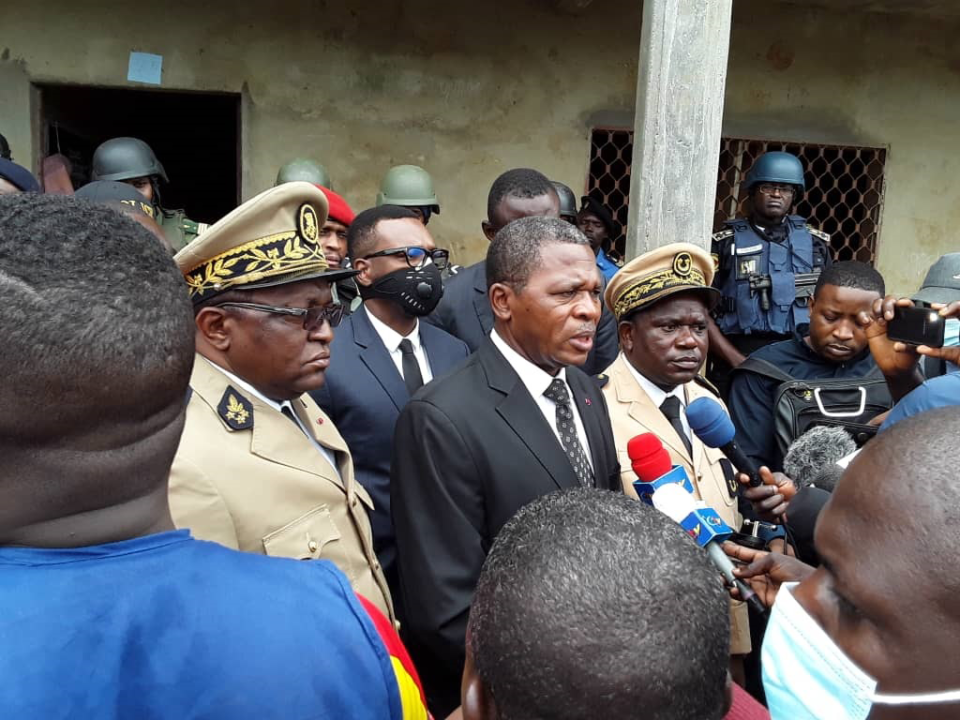 The Minister of Territorial Administration Paul Atanga Nji made a second trip to Kumba on Monday November 2, 2020, on behalf of President Paul Biya.

He delivered the head of state’s condolences and shared out presidential support to the bereaved families and those that their children are on treatment, on the government’s bill in Kumba, Buea, Limbe and Douala hospitals. Minister Atanga bore a presidential message of quick recovery to those suffering from gunshot injuries and receiving maximum care and full medical attention in hospitals on the instructions of President Biya. He visited the crime scene – a classroom at the Mother Fransica International Bilingual Academy where blood dripped from children when gunmen opened fire at them on Saturday morning, October 2, 2020. Here, he lit seven candles representing the number of children brutally killed on that day. The names of the victims and their ages “killed by terrorists” are inked on a board with a bold label R.I.P (Rest In Peace) placed behind the candles on a wooden school, below a walled blackboard. Nzakame Ramane (10), Nguemene Princess (11), Anagym Jennifer (11), Victory Ngamenyi Camibon(12), Scheygnia Cindi (14) and Che Telma (15). Footnotes of the slat are three Bible verses: Hebrews 10:30, Romans 6:23 and Philippians 4:6-8. Monday’s visit to Kumba by Atanga Nji was the second. After President Biya sent off an interministerial delegation, led by the Minister of Territorial Administration, on an evaluation mission. President Paul Biya who in a tweet described the slayings as a “horrific murder”, also decreed Saturday October 30, 2020 as day of national mourning for the killed innocent children. The children will be buried tomorrow Thursday November 4, 2020, a statement by Kumba City Mayor announced. To the killers Speaking at the scene of the crime, , Atanga Nji called on all religious communities to have two prayer points the peaceful repose of the souls of the children and the retribution of divine justice on the gunmen and their accomplices. He said the Head of State has ordered a “diligent investigation to track down the suspected killers. Gunmen, called terrorists by government, stormed the Mother Francisca International Bilingual Academy in Kumba, opening fire on children on Saturday October 24, throwing terror on the city and the entire nation. 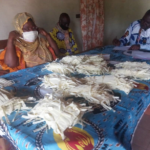 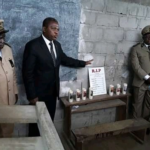