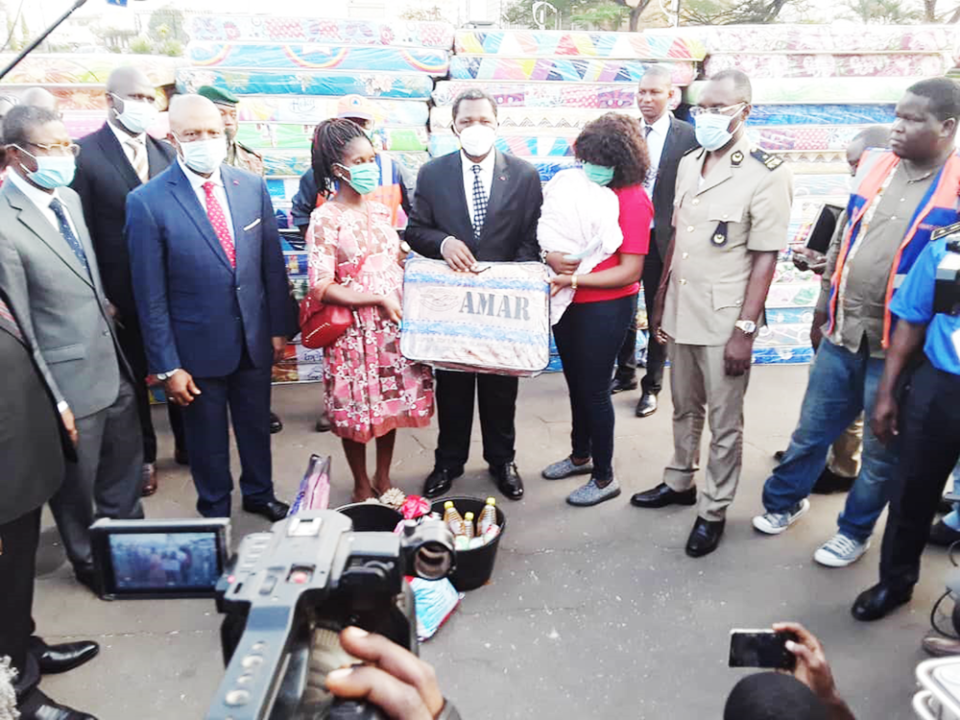 Worth FCFA 600million, the distribution began in Yaounde, on Monday, December 21, 2020.

The President of the Republic, Paul Biya offered the huge package in the run up to end- of-year festivities. Thousands of persons turfed out of the two trouble-hit regions and about to celebrate Christmas and New Year away from home will now enjoy the feasts thanks to the largesse of President Biya. The Minister of Territorial Administration Paul Atanga Nji, President Biya’s ‘foot soldier’ unwrapped the gifts at a ceremony in Yaounde that took place at the esplanade of the City Council.
The consignment included rice, vegetable oil, fish, laundry soap, buckets, facemasks, blankets and mattresses. Paul Atanga said the gesture that will touch over 1000 families in the Centre, Littoral, South, Southwest and Northwest Regions, confirms the President’s commitment to serve Cameroonians. “Biya wants Cameroonians to live in peace wherever they are“ Minister Paul Atanga Nji said, adding that “President Paul Biya is the father of the nation and he understands that despite the difficulties, Cameroonians can live wherever they are comfortably that is why he has done this special gesture.” One of many. “I have done this exercise more than 170 times. I have gone out to distribute relief packages to IDPs in the Northwest and Southwest regions and all over the nation,” the Minister said on Monday. But this donation at the end of the year is different. “It is a special gesture because at the end of the day if you see people eating and you are not eating, you will become an angry person,” Minister Atanga Nji said, adding that the mattresses and blankets were of better quality. The feasts are coming to meet Covid-19 that Cameroon is fighting hard under the visionary leadership of President Biya to overcome. No doubt, the presidential package included facemasks and other kits. The offering comes as President Biya has taken a line of decisions to end the crisis in the two English-speaking regions – source of IDPs. 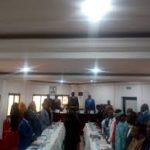