In the wave of field trips undertaken to support campaign teams on the field, the member of the National Campaign Supervisory Committee is expected amongst others to exchange views with councillors of the area.

According to the programme, Minister René Emmanuel Sadi will meet with members of the Council Campaign Committee for Monatélé as well as councillors of the area on Friday December 4, 2020 at the CPDM Party house to assess the work done by the council campaign committee as the campaigns. With campaigns drawing to a close, militant councillors though aware of the stakes of this election will still be reminded of their commitment and the importance of their vote come December 6, 2020. This amongst other reasons explains the support mission undertaken by the former SG of the Central Committee, also member of the National Campaign Supervisory Committee to Monatélé, Lekié division of the Centre region. Worthy of note is the fact that in Monatélé, the CPDM shares councillors with two other parties of the opposition. The challenge here is thus to woo over councillors of those political outfits to choose CPDM lists and make the Party win the first ever elections of regional councillors. Strategies for CPDM’s victory have been divulged to voters since the launch of campaigns on November 21, 2020. In the Lékié division that counts nine councils, the CPDM is out to assert its position on a terrain that other political parties are battling to conquer. Because the CPDM picked from the lot, candidates worthy of representing the Party on the local decision making tables, campaign teams have coined their messages to suit the context. While waiting for the support mission led by Minister René Emmanuel Sadi alongside Nguela Jacques and Eloundou Jean-Pierre as members of the delegation, the head of the Monatélé campaign committee Mr. Tsala Eloundou Théophile and his team have not relented efforts in making the remaining days to the close of the campaign count. Strategy meetings have been held, funds raised and tasks assigned. The struggle is for the electorate to withdraw and be in possession of their voter’s cards so that they can effectively participate in giving the party the awaited results at the close of polls on December 6, 2020. 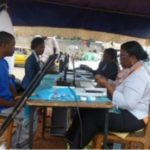 D-dAy minus 3 : CPDM in Crux of the Matter