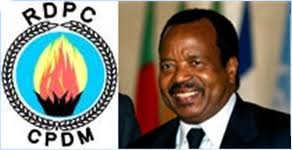 The procedure of validating the various organs of the party precedes the renewal of basic organs, which according to Party Texts comes after five years.

According to the circular signed by Jean Nkuété, Secretary General of the Central Committee in relation to the validation process, the exercise will run from March 13 to April 13, 2021. The validation will help the CPDM update its membership rolls from the cells to the branches. In fact, the circular denotes the importance of the exercise as it aims at “establishing the real mapping of the Party’s Basic Organs, for a more controlled networking of the national territory, which should lead to the strengthening of the local supervision of militants and populations. This is an unavoidable and imperative strategic step in our project to increase and retain CPDM electorate in the light of future national elections”.
As it stands, there is need for a thorough clean-up of militant’s registers. In several localities, there are militants who though show up for meetings don’t possess the party card and do not live up to their obligations. The validation exercise is thus a period during which the rolls will be rid of militants who have died and the updating of those who had not been duly registered. Over the years, the party has expanded in several areas with some basic organs needing split-ups. Now is the time for such eventualities to be considered as many militants have clamoured for this. The circular is says “the setting up of new Basic Organs, more commonly referred to as the “break up of Basic Organs”, is determined, considering the Party’s statutory provisions, by the main criteria of population density, geographic distance, sociological grouping and the penetration of competition”. The sole aim is to improve the supervision and political follow up of militants and populations.
Thus for a month, local authorities of the CPDM, WCPDM and YCPDM will be submerged in the work of setting the records in straight. According to the basic organs, no branch can exist without the cell because that is the nucleus. The result will only benefit the party as its hierarchy will be better informed of its hold in various localities and better prepared for future elections. 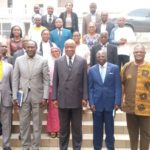 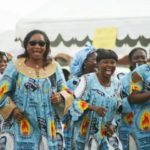