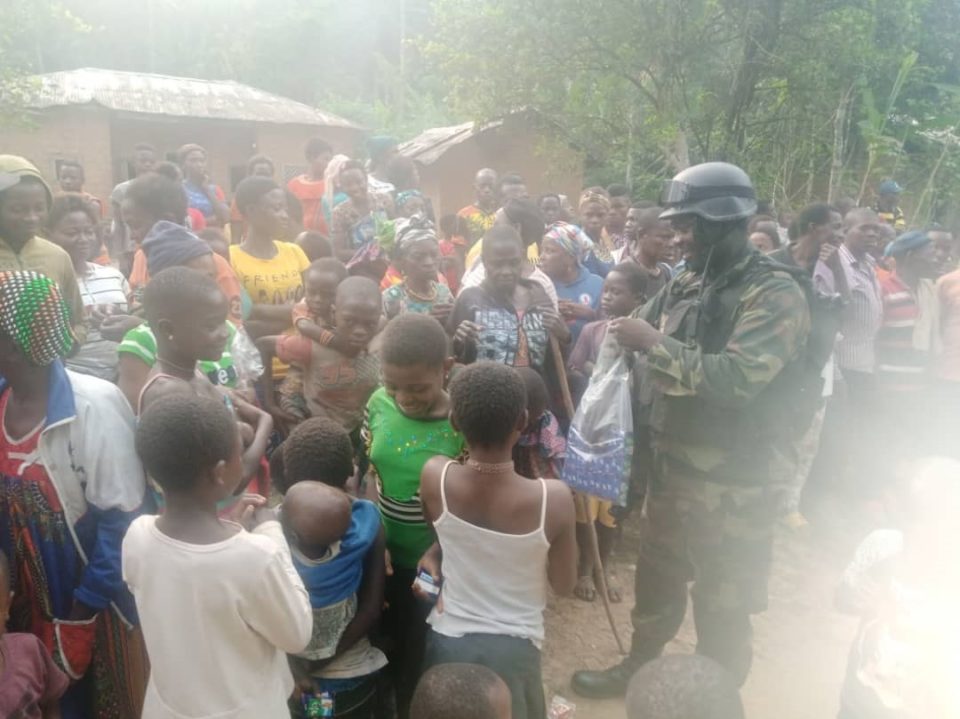 The soldiers cautioned locals on the dangers of terrorists and offered them household items.

To enhance collaboration between the military and civilians in Lebialem Division, elements of the Rapid Intervention Battalion, BIR, have embarked on a sensitization campaign to win the minds of the population. In Besali, Wabane subdivision of Lebialem Division recently, the soldiers communed with the local population by cautioning them against the dangers of ‘amba’ terrorists and the need to collaborate in order to end the crisis in the Division. The soldiers visited locals in the Besali market, where they donated foodstuffs and other household items to them. The donation was a way of sharing in the difficulties of the local population caused by the ongoing crisis. During the sensitization campaign, the soldiers pleaded with the locals to return home and send their children to school.
Besali had been the base of amba terrorists until the military captured and killed ‘amba’ terrorists leader Ayeke.
Since then, life is fast returning to the entire area, with most of the fleeing population returning home. Schools have effectively kicked off there and people go about their activities freely.
The setting up of a military base there has greatly helped to restore peace, said one inhabitant of Besali. “due to its central location in lower Wabane, amba terrorists from Manyu Division and Batibo in the North West region usually sought refuge in Besali. It is in Besali that late General Ayeke established himself, committing atrocities on the population. Since the military killed him, most of his followers fled, and the presence of the military has helped to free the communities. The soldiers have been doing a great job as we can now sleep with our eyes closed“.
The population has grown to love the soldiers as they have intensified activities in the local communities. 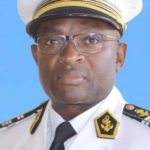 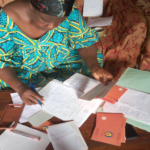