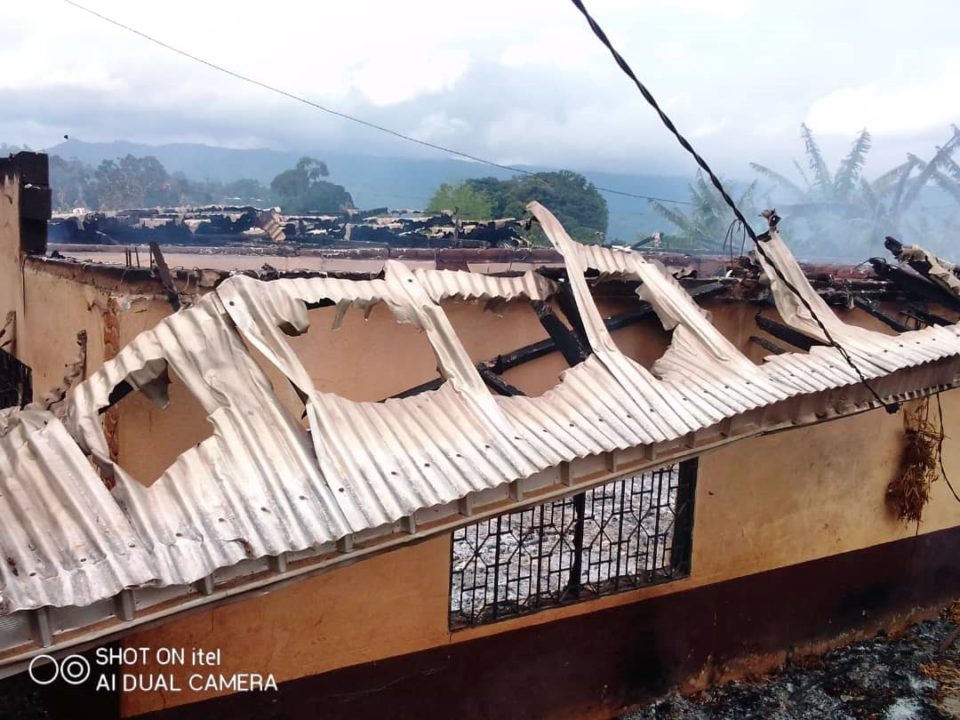 In Sishong, last Monday, amba boys ransacked stalls and shops in a market next to the hospital; a week after another armed group ignited a fire party in Oku, still in Bui division.

Civilians want their lives back. One of the signs is ignoring the civil disobedience of ghost towns on Mondays. Armed groups aren’t giving up and are determined to force out respect of ghost towns from the civilians. In Sishong, famous for the Catholic Referral Hospital of Saint Elizabeth; traders had just displayed their goods, when gunmen stormed the market. The armed men scattered all goods on the floor. Garri, flour and rice were spilled on the bare ground.
The gun wielding young adults hurled pineapples, water melons, pears, pawpaw, tomatoes, bunches of plantain and other perishables. From the stalls, the gunmen stormed shops kicking down bags of maize, groundnuts, and vegetables. Although the separatists have not claimed responsibility, the attack carries trappings of amba operations in the area.
With such ruthless acts, separatists are struggling to drive fear into civilians that have listened to the CPDM’s message of peace, lost trust in the pipe dream of separation of the North West and South West regions from the rest of Cameroon, and a moving away from ghost towns and hopping into the back-to-school train.
Monday’s attack comes after a similar one by separatist fighters in Oku, still in Bui division, last Monday. Self-styled ‘General’ No pity led a group of fighters into Oku and lit the municipality.
Arson flames swept through the council building, the mayor’s residence and market sheds, and vehicles. After the attack, No Pity in the video that we saw, said the act was provoked by the community for not respecting the ghost towns injunction.
“At the level of the council, nine offices were burnt down alongside materials whose evaluation is still to be done, two pick-ups, one belonging to the mayor and trucks were also burnt down, three transport vehicles were destroyed and set ablaze, nearly 60 shops razed and several persons yet to be identified kidnapped,” The Guardian Post said on Tuesday citing a local source.
L’Action learnt only 8 security forces were in Oku at the time of the attack, and were helpless when the contingent of amba boys stormed the area. 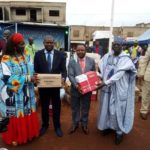 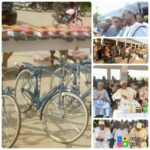