Militants of the CPDM can now sing their victory song following the renewal of their basic organs aimed at revitalising the base for optimal output.

For closed to two months of intense field work, setting of differences and finding common grounds the CPDM party has come out as the winner of the internal election of its basic organs. During the exercise, militants set aside ego and accepted the outcome of the ballot box. The few who tried to breed discord were brought back on the rails.This was one of the recommendations of the National President. From the very beginning of the operation, Paul Biya had cautioned militants of his party not to lose sight of the fact that they are members of the same family.
The operation was therefore not meant to destabilise the party by its own militants, but to fortify it in preparation of future national events when the CPDM will have to face its numerous adversaries.The quarrels and disagreements on the field were just a part of the process.
For a mature party like the CPDM, it could be understood that the disagreement was preceding an inevitable agreement.
Now that the party has its new executives, those who were not elected are expected to give their full support to the elected militants so that together they move the party forward.
With the strength of the party being its base, there is no doubt that the renewal of the basic organs has re-energised and thanks to its mature and loyal militants, will meet any challenger head on.
As to whether the operation was worth the stress, Akwa Stephen, re-elected as Section president for the Momo V section of the CPDM in the North West region says emphatically yes. Some Section presidents, Branch and Cells presidents were just existing as figure heads. It was necessary to do the overhaul in order to prepare for any eventuality, he said. After the operation, the fabric of the party has been strengthened and the success that the election has brought is shared amongst all the militants. 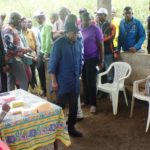 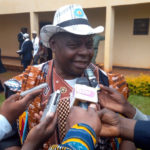