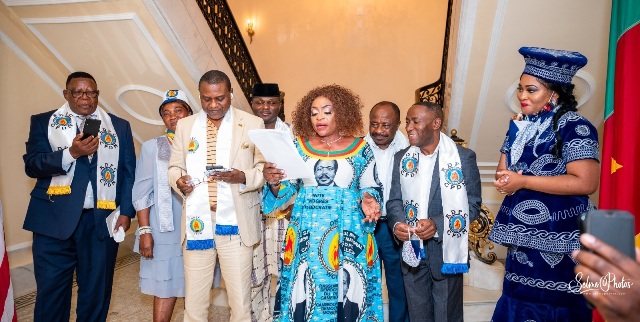 Yaah Patience Beri Tamfu was elected President of the USA section, while Pascal Dissock [in the same capacity] also won a second mandate in Canada.

CPDM militants voted the bureau executive list led by Pascal Dissock on September 25, 2021 at Ottawa, Canada. He will coordinate party activities in Canada in the next five years. 92 % of votes were cast in his favour. Pascal Dissock beat his opponent Pascal Balata, previously delegate in charge social and cultural affairs.
On September 18, 2021, Yaah Patience Beri Tamfu was elected to lead the USA Section Executive Bureau. She was re-elected 44 out of the 60 votes cast. Elections to field the various executives of the section took a week. It began with the election of executives in the four subsections of Mid- Atlantic (Washington DC), North – Eastern (New York), South Center (Texas) and South Eastern (Georgia).
To both section executives, the Head of the Cameroon People’s Democratic Movement (CPDM) Delegation to the North America (USA and Canada) elections, Prof. Ghogomu Paul Mingo, Minister of Special Duties at the Presidency of the Republic, enjoined the newly elected executives to constitute a strong force that will unite Cameroonians in the diaspora. He appreciated the strength, courage and unalloyed support of the militants to the party and above all to its National President. Prof. Ghogomu called for unity and peaceful coexistence among Cameroonians and urged the new executive to lead in humility, reflect on the past, correct its mistakes and make positive resolutions and projections for the future.
A task understood by the new executive. “There was no looser in this election. We all won. We made it to the finish line together. All of us, regardless of the vote, must be committed and engaged to steer our great party CPDM in service of our cherished nation Cameroon,” Tamfu said.
“We can all marshal our positive attributes, each according to his or her means, and resist the path of bitterness and pettiness, in order to rise together. Let’s be the proverbial shiny city upon the hill from the Diaspora to Cameroon,” she added. 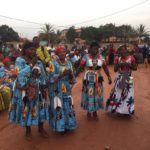