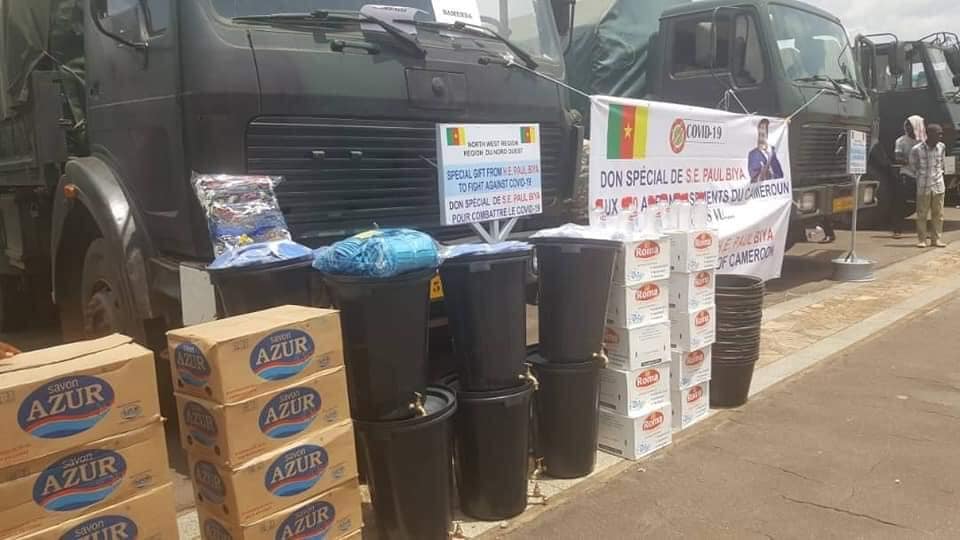 Trucks carrying the gifts from Paul Biya, intended to fight the spread of the Covid-19 among the poor, left the capital for the regions on Tuesday.

Under the supervision of Paul Atanga Nji Minister of Territorial Administration, the trucks left the Yaounde Town Hall Esplande in the morning for the 10 regions. The governors at each regional headquarters will receive the ‘consignment’ and forward them to the heads of divisions, who will pass on the gifts to the subdivisions, the final destination. From Yaounde, the Minister of Territorial Administration warned against bypasses. Heads of administrative units – governor, senior divisional officer and divisional officer will “oversee” the distribution, Atanga Nji said in a brief statement at the ceremony to send-off the gifts. He put them on guard to make sure the gifts reach “the main beneficiaries, especially the vulnerable population”. When the Minister of Territorial Administration, announced the gesture of President Biya last Monday, he gave “10 days” as the timeframe for the gifts from the Head of State to reach the regions. The Minister of Territorial Administration in a press statement clarified that the measure is not part of the National Solidarity Fund. President Biya created the fund as cases of the novel Coronavirus grew in Cameroon. Content Hygiene and pharmaceutical products, and protective gear make up the package that is estimated at 2 billion Francs CFA. The choice of gifts are to prevent the spread of the disease within communities. The World Health Organization, WHO, insists on the regular washing of hands using running water with soap as a sure way of preventing the spread of COVID-19 within the community. Biya is sending 4 million cubes of laundry soap, 75,000 buckets and 40,000 hand-washing cans for the population. Although WHO does not advise on the obligatory wearing of masks by everyone, Cameroon authorities have made it compulsory. President Biya in this special package offered one and a half million facemasks to citizens. WHO has also recommended vast testing campaigns as a way to break the transmission chain because it enables contact tracing. To make this possible, President Biya donated rapid screening test kits to all the subdivisions. One of the worries as the pandemic flew into Cameroon was the inadequate equipped hospitals especially in the remote parts. President Biya has offered “respiratory devices for hospitals,” across the country. Doctors, nurses and other personnel are on the frontline as the country fights the spread of the new Coronavirus. They need protection from contracting the virus as they continue to deliver healthcare to the sick. These “heroes of the pandemic” will receive 50,000 surgical masks for the president. Masks, laundry soap and buckets, for example, may look basic, but thousands of poor Cameroonians cannot afford. It could explain the President slipped them into the parcels. 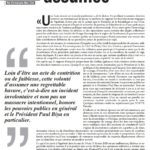