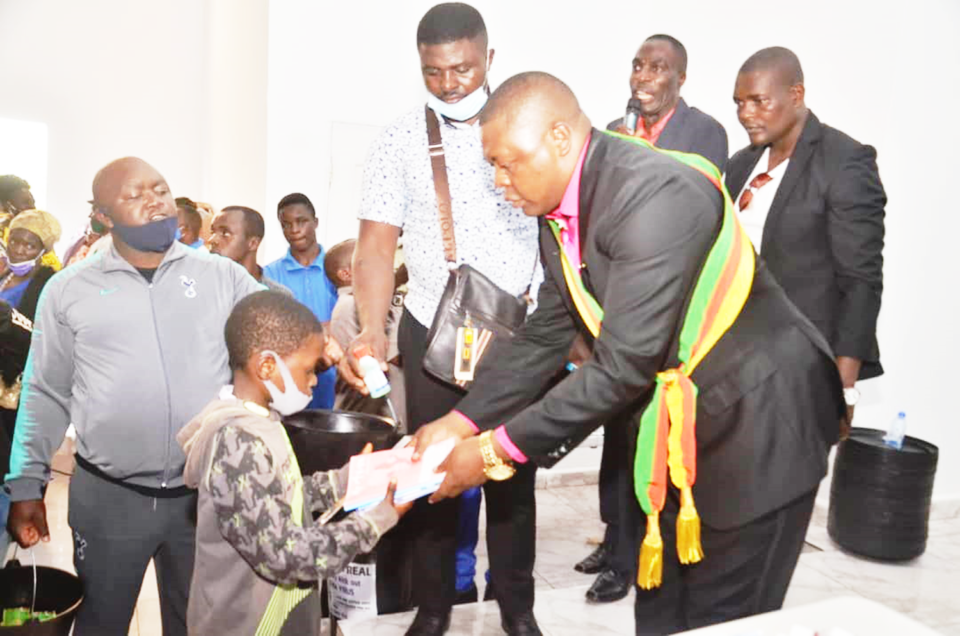 Chenwi Peter, Mayor of Bamenda II Council handed school kits to over 5000 pupils and students, on behalf of his municipality, last Saturday.

One of the beneficiaries Nju Audrey, not her real names, sees the donations as a stitch in time for her and the mother. Audrey, a primary school pupil left Bamenda when schools shutdown amidst the separatist scare. This far, the mother was able to support her stay out of Bamenda. However, she was not sure if her daughter would return to school this year in the South Region. “I came back to Bamenda because my mother said she does not have money to pay for the transportation, coupled with feeding and fees. She wants me to return here (Bamenda) so she can actually take care of me. Now that schools are resuming I will stay home,” she narrated. Separatists have reasoned with government and called for school resumption. Parents want their children to go back to school at home and not have to migrate to unfamiliar parts of the country. Like Audrey, several children turned out at the Epic Centre Bamenda to mark the end of council’s back-to-school sensitization campaign. Exercise books, pens, pencils, erasers, rulers, and sharpeners were some of the items in each school bag. Sanitary kits like toothpaste was an additional package. Teeth care is a problem among children of school-going age. The municipality also distributed hygiene kits; sanitizers, bucket taps, soap and others, to help slow the speed of COVID-19 in campuses. COVID-19 kits were donated by Minister Delegate in Charge of Commonwealth in the Ministry of External Relations, Felix Mbayu. Fewer students have attended school in the municipality since the crisis broke four years ago and fighters with an independence dream forced a school boycott wave in the two English-speaking regions. Authorities hope that the steam seen before October 5 and last Monday will continue to grow. Mayor Chenwi called on quarter heads, parents and teachers to sweet-talk students back into the classrooms. “Come together let us see that our children go to school,” he beckoned. The inspector Basic education for Bamenda II, Nsalia Genesis added his voice. “This is a challenge to us all, teachers and parents, to ensure a smooth school year 20202021,” he said. While the DO of Bamenda II, Nicholas Nkongho, enjoined the education community to brave the odds, and beat fear. Not without a warning to some teachers for their double standards. “I want to call on teachers who were playing the double game of propagating back to school to the administration and condemning it in public, to stop,” he said, adding that “any teacher who will not be in school will have their salaries suspended.” Furthering The municipality assisted seven students with hearing, visual disabilities. Besides, “I have decided to grant scholarships to some students in the area who excel well in the recent results of the just ended GCE and FSLC,” the Mayor said at the event. GCE results had just been released on the eve of the ceremony. Mayor Chenwi Peter further promised to pay the fees of students whose parents cannot afford. The municipality has also put 10 taxis on the road to ferry willing students to and from schools, for free. Authorities were forced to ban Motorbikes, the common means on transport, from urban centres of the town. Bikes were used in most deadly operations of combatants. 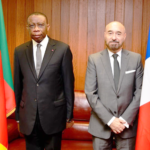 Return To Normalcy in NW/SW : Workload of New Grassroot Executives