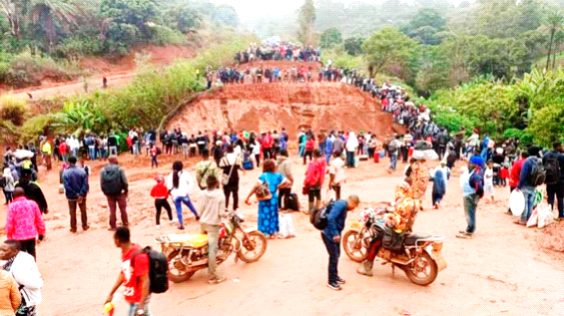 Minister Ngannou Djoumessi in a press conference last March 26 said some Cameroonian companies have been mobilised for works on the road while waiting to sign a full-fledged contract with one.

Circulation along the Babadjou – Bamenda road is fluid. This is thanks to emergency solutions brought about by the Minister of Public works who after the collapse of the road last March 25 mobilised local companies that have since then not only filled the broken portion but are working to ensure that no new areas collapse. Meanwhile, travellers are being made to respect certain rules such as suspending circulation on that road for at least two hours after rains have fallen to avoid a possible collapse.
The torrential rains of March 24 and 25 orchestrated the collapse of a portion of the Babadjou-Bamenda road, leaving several travellers stranded on both sides. A local construction company restored traffic along that road thanks to a temporary filling up of the fissure. This road was a deviation that had been opened up as Sogea Satom who due to security challenges had abandoned the site was doing construction works on the road. Works on this stretch of road were abandoned two years ago after armed men attacked the construction site, setting fire to construction equipment. Long before this, construction works had dragged on for various reasons, which prompted Members of Parliament from the North West region to confront the Minister of Public Works on the stalled road projects in that part of the country.
Concerning the advancement of works on the aforementioned road, the Minister of Public Works emphasised that Sogea Satom, the company that initially won the contract that was launched in 2017 had expressed the desire to withdraw from the deal noting that the security situation in the area was to blame for the move. As it stands, other local enterprises have been mobilised following reports made by a control mission that evaluated the eventuality of a blockage of traffic on the road stretch. These companies will thus ensure the construction of certain areas in a bid to ease the circulation of people and goods, while waiting for a new bid to be launched for a company to take up the construction of the road.
It is worth mentioning that construction works on this road stopped since January 14, 2021 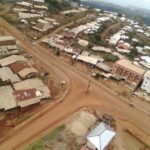 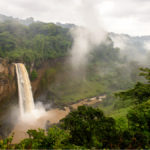