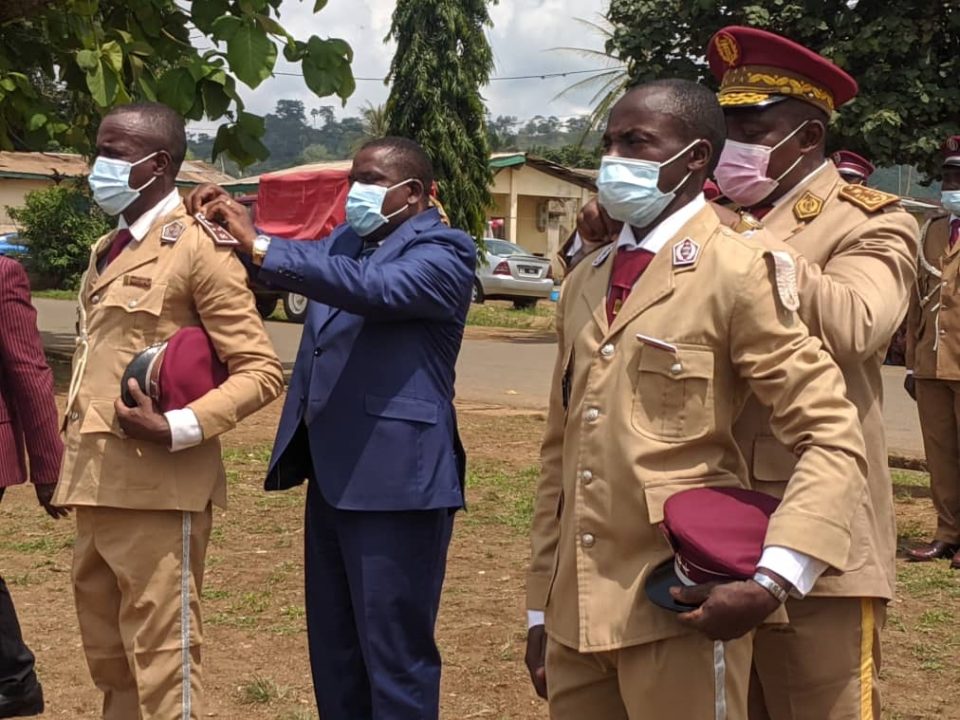 Nine dedicated prison administrators were distinguished with medals for efficiency.

Some Nine officials of the Penitentiary Administration serving in Kumba Principal Prison, were last Thursday April 8, 2012 awarded with epaulets in recognition of their hard work and dedication in the discharge of their duties. This was in accordance to a recent ministerial decision recognizing their services rendered to the state.  The decorations and award of epaulets raised the beneficiaries to higher ranks in the penitentiary corp.
The ceremony was presided at by the Prison General, Jones Tiwa, Regional Delegate for Penitentiary Administration for the South West in the presence of the Senior Divisional Officer for Meme Chamberlain Ntou’ou Ndong and the Kumba Principal Prison Superintendent Nyenti Leonel Ebot.
The ceremony was an occasion for the regional boss to appreciate the laureates for a job well done, while urging them to uphold the ethics of the profession and maintain duty consciousness.
He said “It is an occasion for me to encourage my collaborators who have been working under very hard conditions as we all know the security challenges pose by the crisis and now the global health challenge. So far they have been doing their job perfectly because there has been no major incident in this prison for the past years and I am here to pay tribute to them and encourage them to keep up, so as to get more promotions in future“.
One of the laureates, Thomas Kejuh, saw the recognition as a morale booster for greater achievements. “I feel so happy to have been promoted in my career for the second time. This addition in rank has really encouraged me to be more committed and active and it makes me believe I have a bright future. Promotions are gotten through effectiveness, diligence and commitment”.
The nine service men where promoted in the following grades, one senior chief warder, one Major prison Chief warder,  and senior prison warders. 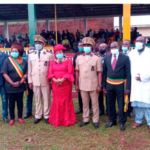