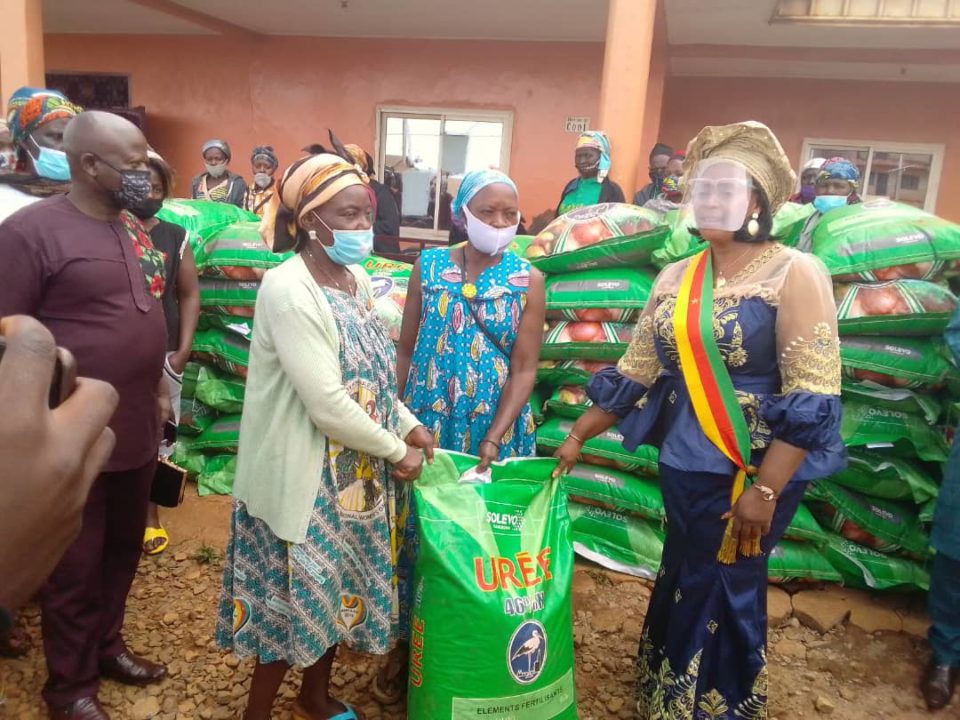 The Member of Parliament for Ndu/Nkambe Constituency Hon Mbongnyor Naomi Ngando has donated 10 tons of fertilizers to over 100 farmers in Ndu Subdivision, Donga Mantung Division of the North West Region.

Ndi John, 56, is among the famers who received the farm input from the parliamentarian on Saturday April 24, 2021. He says he could not afford a bag of fertilizer. Like Ndi John most farmers in this agrarian community do not have money to purchase this farm input.
“I want to thank our Honorable for thinking about us. The fertilizer will up yields. I will have a great output. I will send food to my children living in Bamenda and other towns. Then I will sell the surplus to provide other needs of my family”, John, a father of five said.
Ndu is largely the breadbasket of Donga Mantung Division. While offering the bags of fertilizer, the MP asked the farmers to preserve this position. She said the contribution of Ndu to agriculture is significant, as the sector remains the backbone of the Cameroonian economy. She said Ndu is proud of the community’s quota to guarantee food sufficiency and security in the North West region and beyond.
The Mayor of Ndu Council Abdou Kanfon Borno who attended the event said his municipality is dependent on animal breeding and farming. Abdou Kanfon Borno said his council supports the farmers by opening up and maintaining farm-to-market roads, creates a favourble business climate and build other infrastructure such as markets. The mayor threw praises on Hon Mbongnyor Naomi. He described her donation as “timely, far-reaching and positively impactful” on the municipality.
Hon Mbongnyor Naomi shared the fertilizers after she donated tons of improved maize seeds to farmers of Ndu Subdivision in March. Her donation is part of a plan elaborated by the council and shows a synergy among CPDM elected officials of Ndu. “We have land of about 5 hectares in Nsinah village. We intend to acquire another parcel in the Mbaw plain for a palm nursery. We will nurse the palms and sell to local farmers. We will also plant on the council farm,” Mayor Abdou Borno explained his agricultural vision to the English Language Daily. He told The Guardian Post that his council plans to get into fruit farming. He cited oranges, avocado and others. 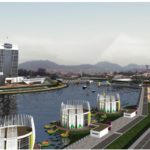 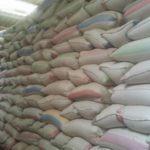