The National School of Local Administration, NASLA, in Buea, will from next month recruit some 100 students to take part in one-month holiday job. Those to be recruited compromised students of secondary schools and Higher Education, with priority given to female applicants.
According to a release signed by the Director General of NASLA, Tanyitiku Enohachou Baiye, the intake will be divided into two. The program to start with secondary school students will run from July 13 to August 6, while those for higher education will run from August 10 to September 10.
The release went further to specify that those eligible for the recruitment must have at least 14 average on 20, for Secondary school and a Grade Point Average of 2.5 or 13 average for students of Higher Education. According to the Director General of NASLA, the yearly holiday jobs is intended to familiarize the local population with the school, assist the needy in their school fees and promote competition among students. The Director General said
“Principally we want to help children from the surrounding community with a little income during holidays and help parents too. We intend to occupy these children during holidays so as to keep them away from vices. We also seek to make surrounding communities appropriate the school and create sense of ownership”.
The holiday jobs is also part of NASLA social corporate responsibility with the obligation to  initiate youths to work environment which may help them later in job hunting. Academic criteria employed for selection also encourages hard work during school and as such it is a reward for hard work. The recruitment will also take into consideration the internally displaced persons to help them in their present difficult situation and state of vulnerability born of the present socio-politcal situation.
To promote gender, 60% of the retained students will be females while 40% for males.
Those retained will assist in secretariat duties, assembling of documents, environmental hygiene among others. 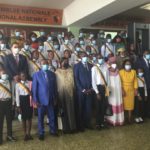 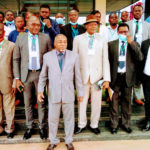