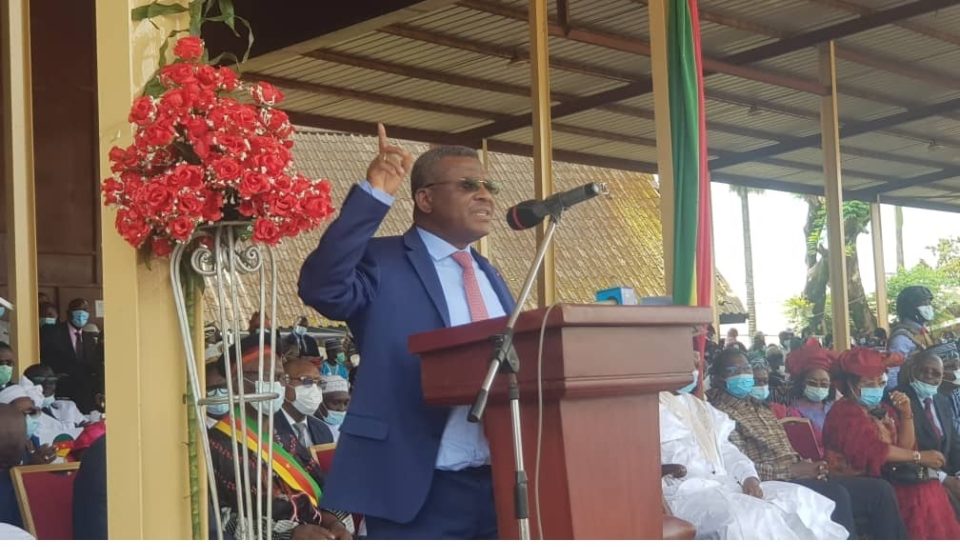 13 young adults dropped their weapons as crowds ignored lockdown to welcome President Biya’s messenger. The Prime Minister was in the Bamenda from Tuesday October 5, to Friday October 8, 2021, to seek the return of peace in the region that seems to have receded in the last four years of the ongoing armed conflict.
The Prime Minister at Customs Junction, on his day of arrival said, “We all have to work for peace. Let us tell the amba boys to drop their guns. They (combatants] are not only making life difficult for us (population) but for themselves.”
He spoke in the pidgin language – widely spoken in the region. And on Wednesday October 6, at the Bamenda commercial grandstand, over 13 young adults dropped their weapons. One of them “general scatter” said they handed over 2 atomic, and two dane guns to the military.

Hero’s Welcome
At Customs Junction, Finance Junction, Mile One and Matazem – points along the itinerary of the PM, crowds turned out to welcome the Head of Government. Despite the calls for lockdown by separatist leaders who asked the population to avoid the Commercial Avenue where the Prime Minister held a rally, thousands turned out on Wednesday. The threats from separatists fail on deaf ears.
At the Commercial Avenue, the PM announced the completion of construction works at the Bamenda Municipal Stadium. “In the days ahead, our darling team (PWD Bamenda) will be playing the cup of Cameroon final. The construction of the Bamenda Municipal stadium will continue. You can charge this on me” PM Ngute said.

Good tidings
He also announced the building of the Babajou-Bamenda that includes roads in the city. “As I arrive Yaounde, I will meet with the three contracting company and commission them into work immediately. I can assure you that the works will commence before the close of the month,” he said.
Sogea Satom, a French construction company was initially awarded the contract but it parked out of the area because of insecurity and attacks carried out by armed groups operating along the stretch. Three indigenous companies of the region: BUNS, BOFAS and Edge will carry out the works.
“The next time I come here, the construction will he well advanced. Because of the nature of the road, many people proposed that I should use a helicopter. I refused. I wanted to feel what the common man feels,” Dion Ngute said. 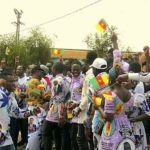 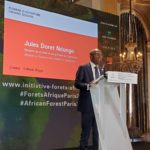