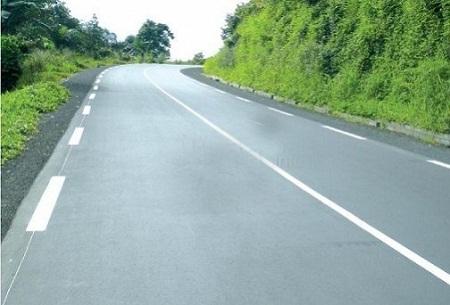 Preoccupied by the dangers posed by technically unworthy vehicles plying the country’s roads, government has begun rethinking its control mechanism.

is 10 years since the Transport ministry sub contracted the automobile checks to private entities. During this period, the results have left so much to be desired. These technical control centres are doted everywhere around the country. Some towns count up to six. But paradoxically, very few are those cars on the road that are worthy to be. As per the mission assigned these centres by government, theirs is to carryout technical checks on vehicles against a fee to determine whether or not they should ply the roads. But unfortunately, the fee has overridden the reason for which it was instituted. The checks to the operators apparently do not mean anything. This explains why vehicles as old and dilapidated as no one would imagine can be seen plying the country’s major cities like Douala and Yaoundé with their drivers brandishing roadworthiness certificates. According to the CEO of one of these centres, Jocelyn Ngae Nkenhi, the checks consist of “ensuring the break system is ok, the suspension, smoke emission, lighting system and even the car body.” Following the observation of the rigmarole in the sector, Transport minister, Robert Nkili is on tour of automobile control centres around the country. According to a ministry release, the tour would enable the minister and team access how equipped centres are and more especially how well they are doing their job. Those that would not meet the requirements would simply see their licenses withdrawn. The ministry had earlier announced plans to launch roadworthiness checks all over the country. During the checks, unworthy vehicles were due to be impounded. But as questions mushroomed as what becomes of a driver whose vehicle may not be roadworthy but he owns a certificate to ply, ministry paused to rethink its strategy. Countless accidents with huge human and material loss have resulted from road unworthy of vehicles. This move by Transport ministry is part of government’s effort to curb road accidents in the country. It would add to the intermittent road safety campaign which many judged inefficient. At least 3000 severe crashes occur in Cameroon each year. Various government ministries are now partnering Transport ministry to curb them. From the Defense ministry’s communications officer, Captain George Meka, we learnt that the national gendarmerie’s repressive road safety has reduced road accidents resulting from excessive speed by 30 per cent between 2010 and 2011. He said “in 2009 Cameroon recorded 3800 road accidents, in 2010 it reduced to 3503 and in 2011 it reduced to 2679. At least 20 lives are saved every month thanks to this campaign”. Meanwhile bad roads which have often been accused for also being a cause of accidents are gradually being built. Several roads across the country are under construction. In the North west region, the famous Ring road which passes through six of the region’s seven divisions is on course. The first phase which covers a distance of 60.5 Km runs from Ndop to Kumbo. Another huge project is the Bamenda-Ekok road. Currently being constructed by Chinese experts work is due completion by mid 2013.The socio economic impact of these roads on the region cannot be over emphasized. Meanwhile, the Yaounde-Bafoussam-Bamenda highway with its countless potholes is being rehabilitated to the tune of over CFA 17 billion. It is within the framework of an emergency program by Head of state, Paul Biya following his disbursement of a CFA 100 billion package to the works ministry. Other roads outlined in the program are Kumba-Mundemba which would be paved among others in the Centre, East and Grand north regions. Meantime studies have been completed on the Kumba-Mamfe and Loum-Kumba-Bakassi roads ahead of construction.
Benedict Ndinwa 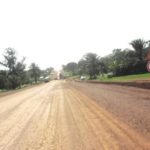