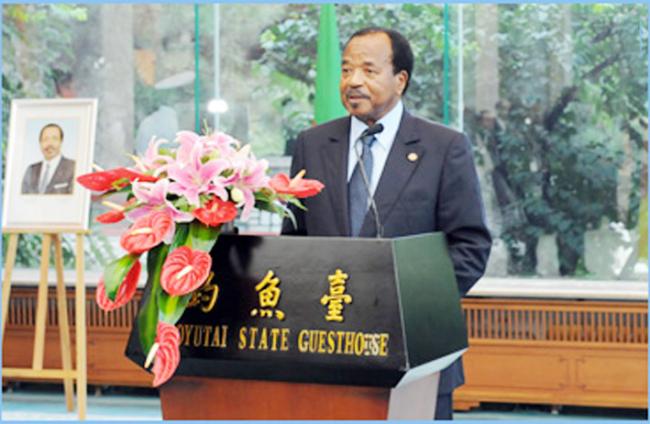 President Paul Biya’s state visit to China last week has added steam to several ongoing development projects in Cameroon as well as laid ground work for the take off of many others.

The three day state visit culminated in the sealing of seven key cooperation agreements between Cameroon and China. The total sum of accords (CFA 43 billion) may appear modest, but its importance can not be over emphasized. Technical and economic cooperation with China which was already at a praiseworthy level would gain more impetus following the CFA three and half billion financial aid accorded Cameroon Wednesday as part of the afore-mentioned sum.

Within the same framework, a three and half billion interest free loan was sealed same day. Electronic governance which is already cruising on a fast lane in Cameroon would be moving to another stage in the days ahead. This follows the signing of a preferential interest rate loan of CFA 31 billion to develop e-posting in the country.

To render operational the Douala gynaeco – obstetric and pediatric hospital operational immediately it is completed, the Head of state penned a memorandum of understanding with his Chinese counterpart by which the structure would receive medical equipment from China to the tune of CFA 713 million. It should be recalled that the Douala gynaeco – obstetric and pediatric hospital is the second of its kind in Cameroon after that of Yaounde. Still in the health domain, Cameroon would also receive medical equipment for the Sino – Cameroon anti malaria centre estimated at CFA 107 million. To boost tourism and culture, two other accords were sealed last Wednesday. These two are geared towards giving the Cameroonian destination a new face with the aim of attracting  many more tourists. It is worth recalling that Cameroon became a tourist destination in 2010 after hitting the International tourism organization’s ceiling of at least 500.000 tourists per year.

All these gestures gave President Biya reason to laud the cooperation between Cameroon and China. In his words “I am pleased to say, China is one of
our most reliable foreign development partners.” President Hu Jintao, his host threw more light on their preoccupations, “we should maintain consultations on global issues like climate change, food security and poverty alleviation for the benefit of our peoples as well as other developing nations.”
Meantime time, arrangements for the conclusion of a loan deal for the construction of a pumping station on the Sanaga to supply Yaounde with potable water are near completion. The plant if constructed would purify at least 400m3 of water for Yaounde city dwellers. This would be the second multi billion water scheme to be
financed by China in Cameroon in less than three years. In late 2010, a 50m3 pumping station was inaugurated on the Mungo in the Littoral region. Evaluated at CFA 18 billion, China alone provided CFA 11 billion through its Export and Import bank (EXIMBANK).

As to why China keeps showering colossal financial aids on Cameroon as well as loans with practically no interest in return, international finance expert, Babissakana said, “China’s policy is very simple: it sponsors projects for which it has expertise. While we gain they too gain because it keeps their companies in business.”
The various audiences President Biya granted the Chinese business class demonstrated the penchant of a people who want to do business with Cameroon. Among them were West Africa’s regional president of Huawei technologies Ltd, David Wei. It is worth recalling that Huawei is working in partnership with Cameroon
telecommunications (CAMTEL) to develop Cameroon’s optical fiber network. So far they have laid 32.00 Km of optical fiber cable across the country and its inauguration is planned for Kouseri in the weeks ahead. 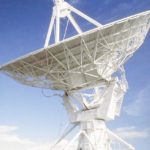