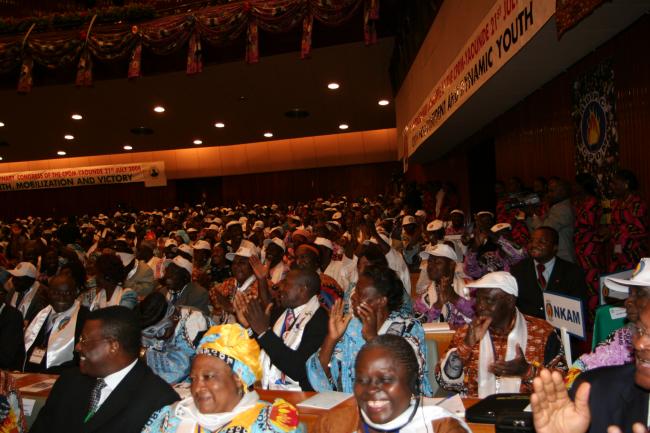 Over and above the patient and counter impatient debates that surround the upcoming ordinary congress, keen political observers saw it coming long ago.

The Cameroonian media sphere, the country’s cream of political analysts
as well as Mr and Mrs everybody are actively reporting and pondering
over the holding of an ordinary congress by the country’s leading
political party, the CPDM before the upcoming presidential election. But
of what relevance is it to the life of the CPDM and Cameroonians, how
is it prepared, when, where and how does it take place?

As per section 43 (1) of the party’s legal instruments, “the highest authority of the CPDM at the national level shall be the congress”. Further, paragraph 3 stipulates that “the congress shall be held once every five years in ordinary session. However, where necessary, this period may be reduced or extended by the political bureau”, as has been the case since 1996, date of the last ordinary congress of the Cameroon People’s Democratic Movement.

Ardent observers of the Cameroonian political terrain had started reading the signs of time as early as December 2009 with the holding of crowd pulling meetings and history making consultations organized by the party’s chief scribe as instructed by the national president. It all began with the grand CPDM rally organised in Sangmelima in December 2009 during which elite of the South region coined “le serment de Sangmelima” translated as the oath of Sangmelima which fully supported to the party and its leader. Then came the other grand rallies held in Douala, and then in Nkongsamba followed by those in Monatélé, Kribi, Essé and Eséka. During these mega rallies, and particularly that held in Kribi, Mr Réné Sadi explained that the holding of a congress (whether ordinary or extraordinary) is evident and that the date will be announced at the appropriate time by competent authorities.
In Auguest 2010 the party’s Secretary General had held high level talks with central committee members of the ten regions of Cameroon. Few weeks after these audiences, Mr Sadi compared notes with political bureau members of the Cameroon People’s Democratic Movement. During both encounters, he took the pulse of the party knowing what to add and subtract where, when, how and why as far as the party’s smooth functioning is concerned. After these consultations, he met with national bureau officials of the women’s wing of the party under the leadership of Mrs Yao Aissatou. During the talks Sadi implored them to stand firm in politics and be ready to face the challenges of the future. The national president’s decision to create  new sections of the party in and out of Cameroon in 2010 was a clear indication to the fact that things would be changing in a not too distant future. Possible changesBeing the highest decision making organ of the party, the much awaited ordinary congress would affect the life of the party and that of the state in several regards. Beginning with the central committee, deceased and imprisoned members as well as those who have resigned from the party would have to be replaced. The same manoeuvre would take place in the political bureau. Out of the 22 members that made up the bureau, only about half are left. Moreover, new Vice-presidents might equally be appointed at the helm of the party as well as new people appointed to lead the youth and female wings of the party. Three of the four vice-presidents are no more. They were Simon Pierre Tsoungui, Sadou Daoudou and Gnie Kamga while Fon Angwafor III is the only one left. The ongoing modernisation of Cameroon which is being facilitated by the evolution of world politics creates an imperative need to adapt the legal instruments of the party to the exigencies of today’s realities. New laws would be crafted in the party, existing ones would possibly be reshaped while repugnant ones might be flushed out. Another high point of the ordinary congress in keeping with section 48 of the party’s legal instrument is that “the national chairman shall present his general policy report. 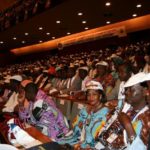