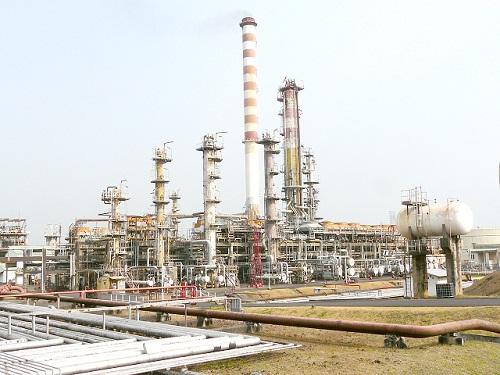 A huge hydrocarbons deposit has been discovered in the Rio Del Rey field by a team of Scottish petroleum explorers, Bowleven. With a depth of 35 meters, the explorers say “it is the greatest discovery ever made on the Rio Del Rey/ Douala basin bloc.

Estimated to produce at least 100 million barrels of crude per year, the discovery came on the heels of another made by China’s Yan Chang Logone development holding company limited in the Far North region.

This is result of the research they undertook two years ago. The Chinese explorers alongside the national hydrocarbons corporation, SNH confirmed the finding recently. Found on the Zina Makary bloc of the Logone Birni sedimentary basin in the Far North region, the discovery comprises a series of sandy reservoirs of crude oil with a depth of at least 18m, an SNH press release read on the national radio said. The discovery is the first ever in the northern part of Cameroon e since the start of petroleum exploitation here in 1977.It is coming at a time when the national production has fallen from over 185.000 barrels per day in the 1980s to 55.000 barrels daily now. Cameroon hopes to boost its output with the new wells. But experts say for exploitation to commence, “other tests to confirm the effective presence of oil there-in have to be carried out while its commercial properties also have to be taken into consideration.”
Hiring foreign explorers to prospect more wells in the country is in keeping with law n° 99/013 on the petroleum code in Cameroon. This finding would “greatly motivate us to put in place an ambitious exploration program,” said one of the Chinese explorers. According to the convention authorizing them to prospect oil wells, they have a surface area of 8506 Km2 to cover.
As at now petroleum exploitation in Cameroon is mostly done on the Rio del Rey/Douala and Kribi/Campo offshore zone. They contribute 90 percent to the national oil production. Operated by Total, Pecten and Perenco as of the oil fied comprises 38 wells. Cameroon is currently the seventh highest producer of petrol south of the Sahara. As manager of Cameroon’s oil, SNH sells four types of crude on the international market as follows: 800.000 barrels of Kole, 600.000 barrels of Lokélé, 300.000 barrels of Ebomé and 100.000 barrels of Moudi.
Satisfying international demandCameroonian oil sells like hot burger on the continental as well as international market. But local production has not been satisfying this demand. “Cameroon currently satisfies just 40 percent of the external market,” SONARA’s director of production, Louis Marie Tiako said. To address this situation, the management of the National refining company, SONARA on the impulse of Head of state, Paul Biya is on an ambitious project to modernize and expand the refinery. Planned to be completed by 2015, the project SONARA’s general manager, Charles Metouck said “would increase the refinery’s production capacity from the present 2.1 million tons per year to about 4 million tons per year.” The expansion part of it would comprise the construction of new storage tanks. It would also enable the transformation of products that were hitherto exported to Europe and America unrefined. Among them are Bupro, fuel oil, jet oil and distillers. “Their refining would raise more revenue for the country since in the past residues alone were 42 percent of the crude,” said Tiako. Of the products refined at SONARA, Cameroonian crude (Kole) comprises only 18 percent. While with the new infrastructure, local crude would be refined at up to 70 percent or more.
Estimated at CFA 380 billion, the project has been split into two phases. “The first phase which consisted of constructing a digital control room among other infrastructure would go operational next October,” said project manager, Godfrey Yenwo. Financed by a syndicate of both local and international banks, this first phase cost CFA 156 billion. Funding for the second phase has already been availed, officials confirmed. 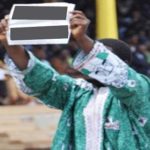 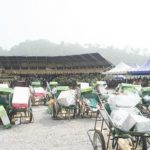