Close to 30 secondary, primary schools and nursery participated in the
youth day celebration, together with youth groups and youth wings of
legalised political parties.

Here, the feast was celebrated under the auspices of the Divisional Officer, Edwin Ngwana at the Ekondo Titi Municipal Grandstand: singing and dancing competitions, march pass, and a football final made the day remarkable.Mayor James Mesembe of the Ekondo Titi Council-main host stressed the importance of youth concerns to the government. Referring to the recent 25000 recruits into the public service, he said the head of State is “doing everything possible to make the youths more comfortable in the country by providing them with jobs.” To join the President in this effort, the Council has been providing holiday jobs to youths annually to enable them to pay their fees. On his part, Edwin Ngwana, the Divisional Officer also reminded the youths of the many offers the head of State has in stock for the youths. He pleaded with them to “portray good behaviour, shun all forms of malpractices and focus on their studies and work.”  Here, crime has been on an increase in the last few months. However, the D.O assured the population that their lives are “secured as the forces of law and order together with the soldiers are at work.” He pleaded for collaboration between the civilians and the military in order to track down criminals. According to the Mayor, the numerous attacks are “master minded” by lazy youths. Meanwhile, the paramount ruler of Ekondo Titi and Board Chair of Pamol plantations limited, Chief Esoh Itoh, in a soft spoken manner called for “a change of attitude,” among the youths. On job creation, the Chief reassured the youths of that  “their future is bright as the head of State has said.”  Here, youths are involved in alcoholism, drug abuse and banditry. To avoid this, Chief Itoh pleaded with the youths to go to school, attend classes and obey school authorities so as to acquire solid education. He also called on them to accept God in their lives and live a God fearing life. Youths here, according to him “have always been manipulated by some few people who use them to create civil disobedience.” In the South West region of Cameroon, Ekondo–Titi was once considered the country’s breadbasket. But for the past decade, the former economic hub has been on a downward spiral to regression. While the government fights to increase commodities from the area. Now with the rehabilitation of Kumba-Mundemba road to start this February as announced by the head of State, government has considered accessibility most important.It should only take one and a half hours to drive the 80kilometres from Kumba, the oldest town in the southwest region of the country to the coastal city of Ekondo-Titi. However, due to the deplorable state of  roads, the driver takes twice as long – a tiring and frustrating journey. The nightmare of cars getting stocked in the ever-eroding potholes, forcing passengers to alight and push the car forward while the driver presses down the accelerator, firmly gripping the steering wheel could be over soon.Ekondo-Titi is predominantly an agricultural zone, endowed with rich black soil, conducive for the cultivation of vegetables, coco yams, and plantains. Palm tree plantations line the roads near Ekondo-Titi. The headquarters of palm oil industry (Pamol Ltd) is located here and it is in competition with many local oil mills. 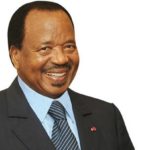 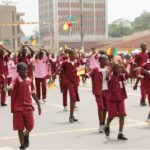