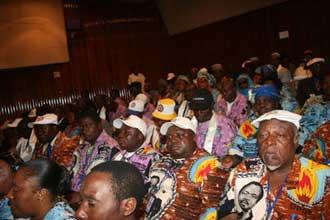 To ensure a sweep of seats at the senate and have a comfortable majority just like in the National Assembly, the national President, through the circular has put in place a platform to select competent militants as candidates.

Based on the basic text of the party and the July 14, 2006 law laying down conditions governing the election of senators in our country, the party outlines criteria to be met by postulants.  In the eyes of the law, candidates must be 40 years by the date of the election. The selection must be representative enough of the sociological components of the region, take genre into account, and the general eligibility and incompatibility conditions, (such as Cameroonian nationality, evidence of residence in the region defined in section 9 and 10 of law No 2006/005).Concerning the basic texts, there is a criterion by which the postulants will be judged. According to the circular, loyalty to republican institutions, political experience and commitment, and services rendered to the party, are some of the criteria hopefuls must live up to. Morals, credibility, competence and more so rights of minority are also yard sticks to be considered.DeadlinesHopefuls need to build a file which is submitted to the Regional commission for reception, analysis and evaluation of candidates, whose members are designated by the national President in a decision of March 1, 2013. Documents to constitute the file include; an application letter for the investiture of the party, obtained from the General Secretariat of the Central Committee, filled and signed by the postulant, five copies of candidature, five copies of affidavits, one certified copy of the birth certificate no later than three months, certificate of non conviction of not more than three months old and a certificate of nationality. Other vital documents relating to prescriptions by the law include; justification of residence in the region, an attestation of registration on the voter’s list and a CV. For the party, a photocopy of the party adherence card, justification to have paid party contributions for the last five years and an account of services rendered to the party. This file will be received by the Regional commission for the reception, analysis and evaluation of candidatures, latest March 7, 2013 at 6 pm.Meanwhile each candidate, according to the circular will attach the receipt of the one million francs CFA caution paid into the state treasury.Commissions In the circular, the national President also defines the roles of the Regional commission for the reception, analysis and evaluation of candidatures, the Central supervisory commission, and the National commission for the nomination of candidates. The first as the name indicates, will receive the files of candidates, examine, classify 03 lists in order of preference and forward them to the National supervisory commission but in case there are more than three lists, they will jointly be forwarded, on or before March 9, 2013 at 6pm. Lodged at the party headquarters, the Secretary General of the party, Jean Nkuete, heads the Central supervisory commission, and has five vice presidents, seven members, four rapporteurs and four Chargés de mission to verify and harmonize the documents from hopefuls, and has three days from March 9, 2013, to forward its report to the National commission for the investiture of candidates.  President Paul Biya heads the National commission that counts the Political bureau of the party as members with the Secretary General, Jean Nkuete as rapporteur.Knowing that members of these commissions have the right to be senatorial hopefuls, the circular further states that “members who have submitted their candidacy will leave the conclave during deliberations on their areas.”  Categorically, a senatorial hopeful cannot be the President of Regional commission for the reception, analysis and evaluation of candidatures irrespective of the postulant’s region, reads the circular. By extension, if the National President has appointed a militant as a regional President, and the concerned has senatorial ambitions, resignation is the only way out.  Finally, the national president, Paul Biya, calls on all “comrades to get involved in the nomination process at all levels, show proof of rigor, objectivity, probity , discretion and patriotism,”  to ensure an “honorable victory” for the Cpdm at the elections. 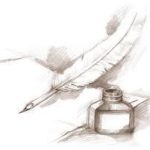 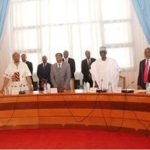