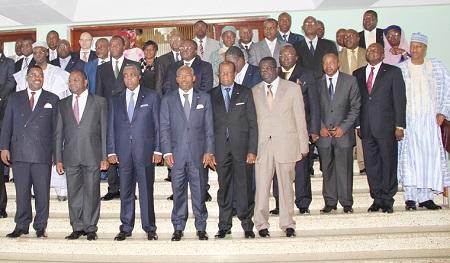 The conference of governors is underway in Yaounde with the ten regional executives seeking ways of ensuring peaceful and tranquil end of year festivities in their various regions of command.

The governors are meeting within the framework of their second semester conference for 2013, during which they will chart ways of stepping up security nationwide, given the hustle and bustle that comes with the end of the year.
Opening the conference Tuesday December 17, 2013 at the Yaounde conference centre, the minister of Territorial Administration and Decentralization René Emmanuel Sadi noted that security has become a major preoccupation for many governments and occupies a big place in international debates. Holding under the theme “administrative authority, maintenance of Law and order and security challenges”, the governors are meeting at a time when the neighbouring Central African Republic is in turmoil and there are fears of trickle down effects. For a country reputed as a haven of peace, Cameroon has a lot to do in a bid to maintain this choice status in the sub region. This entails stitching every tear that could be a threat to the most cherished peace. The biannual event is an opportunity for the governors to exchange on the pressing security challenges faced.  Minister René Sadi stressed that there could be no meaningful development without peace.
This explains why he called on the governors to pay keen attention on the various exposés that would be presented by the Secretary of state in charge of the national gendarmerie, Jean Batiste Bokam concerning measures taken to ensure security in the country and at the borders as well as that of Trade, Mbarga Atangana who would give further details about measures taken to fight food price hikes, common during end of year festivities.According to the minister, the country has witnessed some major events since the last governors’ meeting and their successes he stressed were thanks to the combined efforts of the regional executives. He noted that the final ceding of Bakassi to Cameroon by Nigeria, on August 13, 2013 during which ceremonies brought to light aspects of peaceful cohabitation and the fruitful cooperation between Cameroon and Nigeria.
The governors are unanimous on the fact that there is need for concerted action to keep the disorder reigning in neighbouring countries at bay.According to Governor Ivaha Diboua of the East region, recent attacks from perpetrators of the Central African Republic gave way to stringent measures as far as securing the borders with Cameroon are concerned.
He noted that with many refugees seeking shelter in the region, the Unhcr is playing its role alongside local authorities to ensure that the peace of the population is not disturbed.As far as the Far North region is concerned, Awa Fonka Augustine said despite the kidnapping of the French priest and the ramblings of Boko Haram “we are sensitizing the population to understand that the problem of security is not only the business of administration and the forces of law and order but everybody. On the field, the personnel have doubled and expatriates who are there have special security and for those who may want to move from one part of the region to another, they are being escorted.
At the level of the borders, measures are being taken to ensure that motor bikes don’t circulate between 7pm and 5am.  Quite a number of measures have been taken to fight insecurity that is rising within the region.”The South West region is gearing up to host the celebration of the anniversary of Cameroon’s reunification. To Okalia Bilai, all is being put in place to ensure a hitch free celebration. Being a region that shares borders with Nigeria on many frontiers, their actions have been stepped up, hotels are being guarded and with the end of year that brings many tourists to the region, security is uptight. By the end of the three day conference the governors would be expected to take firm resolutions to work with the forces of law and order to protect peoples and their property. Minister Rene Emmanuel Sadi has urged regional executives to ensure the security of the country’s land, sea and frontier zones. 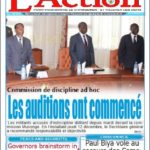 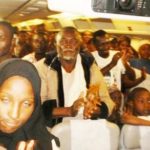