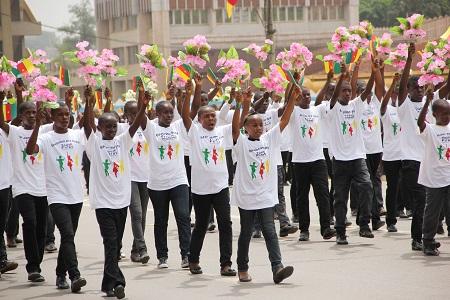 If Cameroon is reputed for its unity in diversity, it is thanks to continuous efforts at making its citizens feel at home where ever they find themselves in the country.

While some pundits have argued that national integration is only a term used by politicians and fence sitters to dull the minds of Cameroonians while the country’s development stagnates, it is worth remembering that the reunification of French and English speaking Cameroons some years back, set the pace for true national integration to follow its course.Over the years, government has put in enormous efforts in various domains all in a bid to promote integration. First and foremost of them is education. From the basic to the secondary and higher levels, courses on citizenship continue featuring in the syllabuses to help young and growing Cameroonians understand the importance of living in harmony with each other no matter their region of origin.National integration is a reality in Cameroon seen through many aspects of our national life. It is no longer strange to see the marriage of two people from different villages and cultures.
The backgrounds are no longer a hindering factor so far as the couple sees a value in their relationship. These intermarriages help spouses to accept the norms and values of their partner.While Cameroonians surge to consolidate the unity that reigns despite differences in cultures one of the aspects that have often brought them together is sports. Cameroon’s national football team, the Indomitable Lions, is a key symbol. No matter the religious or ethnic differences, when it comes to sporting activities, Cameroonians become one for the common good of their national team.
The binding effects brought about by this activity are no less a promoting facet to the integration needed to push the country forward in its emergence quest.Cameroon happens to be one of the rare countries with two official languages, English and French. Despite complains that the level of bilingualism is low, more Cameroonians are struggling to at least understand both languages even when it is difficult to speak fluently. According to the Director of Civic education and national integration at the ministry of Youth Affaires,  Ndzo Augustine Kum Cameroonians should be able to fell at home where ever they find themselves and these values to him have to be promoted by youths who are the leaders of tomorrow.
He explains that “national integration means we all have to feel as one. If you are from the North region and find yourself in the West or South West region, you should be able to feel at home. I must say that even the bilingualism that we often talk about are aspects of national integration in the sense that not only those of the English speaking regions should speak English and vice versa. They all have to make an effort in speaking both languages in that way our national integration will be highlighted.”As youths prepare to celebrate the 48th edition of the youth day, it would be laudable if many more get sensitized on the values of national integration and where Cameroon will be if any one felt at home where ever s/he found themselves. For sure the road is long and narrow, but Cameroonians are not known to give up the fight to keep the country’s status in the eyes of the world where it should be. 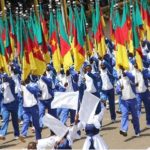 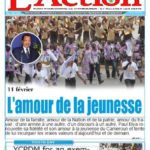