Elections to inject fresh blood will hold from August 1 to December 10, 2015 within the country and abroad, according to a circular from the office of the National President of the CPDM.

Last held in 2007, the Party Chair, Paul Biya in the document signed on July 27, 2014 convenes the Electoral College and lays down practical modalities in an attempt to ensure free and fair elections within the party and promote internal democracy.  It is in strict respect of the resolution 1 of the 3rd Ordinary Congress held in 2011.Within the country, the National President has put in place five electoral bodies to monitor and supervise. He ordains the SG of the party to name members into the committees from the divisional to the sub-section, while he appoints members into the central, regional and foreign committees.
All committees are arms of the central supervision committee at the headquarters of the party in Yaoundé placed under the authority of the party’s scribe, the circular specifies.But abroad, since the WCPDM and YCPDM do not exist, in pursuant to article 27 sub 1, the “the foreign renewal committee will conduct elections from the cell up to the section.”According to the circular, voter rolls will be categorized into CPDM, WCPDM and YCPDM at the level of the cell. Registration will stop four days before the day of the election, and only an up-to-date and registered member of the CPDM will vote.The National Identity Card, Membership Card and Contribution Card are must-have-documents on the election date, the circular says.
Militants through a single list system will vote their officials at the grass roots and the list with the highest number of votes wins but in case of a tie, seniority will prime as the list with the highest average age will sail through.11 cardinal virtues qualify a candidate, who is not allowed to hold more than one post with the executives of the basic organs and the WCPDM or YCPDM. The bar is even higher for section- president-hopefuls, who according to the circular must have previously held a position at the section or were president,vice president, secretary or treasurer within a Sub-section of the Party.But the National President exempts members of the central committee, members of WCPDM and YCPDM national executives, parliamentarians and mayors from the aforementioned clause.Beyond the eligibility criteria, the lists must be inclusive in line with provisions of the country’s constitution.The National President strives to ensure a transparent operation. “No one may be chairperson of an electoral commission in his or her home constituency” or “member of an electoral commission if he or she is a candidate for a position in a basic organ,” Paul Biya instructs.Other than modalities, the National President pleads with comrades to reject all forms of influence peddling and reliance on money. 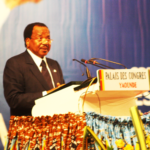 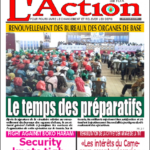