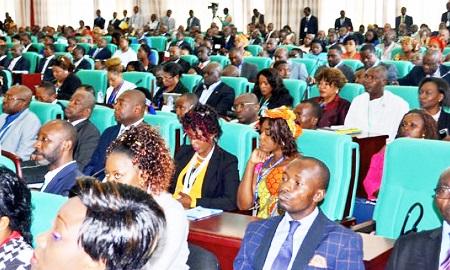 Authorities and Cameroonians living abroad hungry to invest in the country are resolute on going beyond the just ended forum.

During the Forum, a document named “Policy and Strategic Framework for Cameroonian Diaspora Engagement with the Cameroon”, drawn up and was adopted. It taps from the rich experience of China and Indian in handling their Diaspora. While China focuses on the import of top brains and efforts to groom local talent to produce a new generation, India parades its silicon valley wherein companies founded by Diaspora employed 45,000 workers and generated an eye-watering 52 billion dollars in revenue in 2006 alone   This document if implemented according to the participants at the forum, most of the hurdles cited as impediments to Diaspora’s contribution to the growth of the country will go away. It is a set of sector specific recommendations regarded as “robust” policy in Cameroon.
Most members of the Diaspora came with well-written and Cameroon-oriented projects, eager to implement and support development efforts in the areas in which the country expressed felt-need. Our sources say some of the projects have been approved by the government of Cameroon, but those pending expect a reply from the authorities within three months –time fixed between the forum participants and government. If rejected, the Diaspora expects government to detail why the project was rejected to the project owner. Participants are going back with the conviction of a foundation laid – dialogue between the state and its citizens. To foster this dialogue, the Diaspora is asking government to go beyond this platform and create an office that will cater for their specific needs.
There is a directorate in the Ministry of External Relations in charge of the Diaspora but they think authorities could do better.In Cameroon, red-tape pushes away some members of the Diaspora. Generally, these Cameroonians come back home with little time to stay in the country, but moving from one distant office to another to open a business ends up unaccomplished. Government is expected to create a one- stop-shop for the Diaspora and they are looking to the horizon with hope.Some members of the Diaspora for economic reasons were forced to pick up different nationalities.
However, Cameroon does not accept double nationality but this population of Cameroonians is pleading with the Head of State to restore their honour. To them asking for a visa each time they want to visit and the visa requirements is disheartening. It remains a divided issue in Cameroon because some individuals of Cameroon origin have used it as cover to rob the state. It is not only the State that needs to readjust. Cameroonians living abroad are accused of working in dispersed ranks unlike others on the globe. A founded accusation, but with the newly initiated data at the forum by domain of competence or specialty and the networking of the Cameroonians at the forum from the five continents of the world could be the sown seed of solidarity. If a “genuine partnership for mutual advantage,” is on this new platform, according to Grace Elone, representative of the Diaspora at the Forum, history will retain the number of projects and initiatives to bring progress to the life of ordinary Cameroonians not the number of conferences organized. 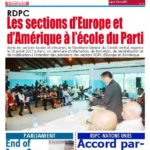