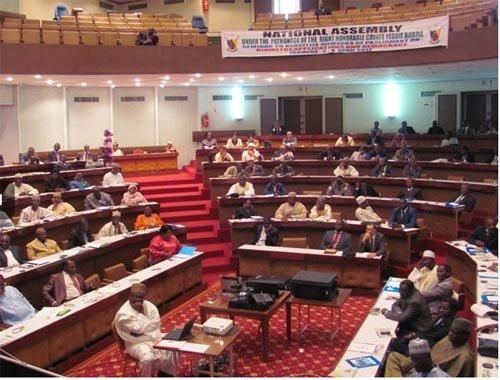 Despite the destruction in material by the fire of last Thursday night, breaking Friday, the session which opened two days before is unperturbed but hampered.

So far parliament has received four bills from the government and they have all been examined. Unlike in the past when the concerned commissions examined and grilled government for more explanations and corrections at the conference rooms of the building, the activity is now taking place at the hemicycle, until now meant for the plenary sessions and other events, assembling the entire house or more people.
At the National Assembly, the site of the destroyed building is circumvented by the red and white tape barring access. Personal whose offices were located in the four burnt floors have been re-localized at the school of verbatim reporters, we learnt. Security is tougher than in the past sessions. Incoming cars, irrespective of the occupants are checked thoroughly, likewise visitors on foot. Personnel of the institution must put on their professional badge before approaching the security operatives. At the east wing of the building, a police and a gendarmeries pick up, full of officers are parked at the entrance to the building. Fondly referred to as a budgetary session, the related bill is yet to be received from government, going by our last stop at the National Assembly. However, the settlement bill, basically on the income government made and how the money was spent in 2016 would be adopted today in plenary and three other bills.  FCFA 3.967 billion was raked in, instead of 4.234 estimated, according to the Finance bill voted on December 21, 2015.  Meanwhile FCFA 4.021 billion was spent not the 4.234 planned. According to the Minister of Finance Alamine Ousmane Mey, the FCFA 54 billion deficit is blamed on the integration of the triennial emergency plan meant to spur growth.  It was further pressured by the fight against Boko Haram, the infrastructure for the 2016 and 2019 female and male African Cup of Nations respectively and the kick-off of economic partnership agreement between Cameroon and the European Union. 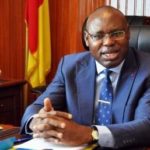