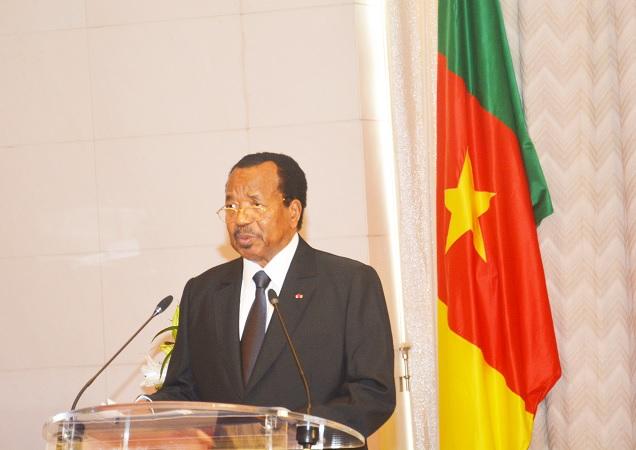 Away from the cameras of the state-owned broadcast outfit, I will walk you through unedited clips of what happened at the New Year wishes to the Head of State Paul Biya last January 4, 2018 in Yaounde.

It is a reporter’s dairy though not a typical one. One of the privileged media organs to have been accredited to cover the event, we left from the party headquarters as early as 9 am in my French-speaking colleague’s car , along with the veteran photographer of the Central Committee Joseph Kegne, a familiar face at Unity Palace.
In less than 15 minutes we were at the first gate of the Presidency. Two meters away from the gate, my colleague “harshly” reminds me, “Viban put on your badge!” At the gate our badges, backpacks and the boot of the car are checked. A detector is passed under the car by a muscular guy with looks of American actor Djimon Hounsou-hello ladies! Our diesel engine, a slow-start, got us verbal lashes from the security officers. All along the stretch to the main gate of the presidency and up to the stairs leading into the main building, police officers in official wear stood two meters away from each other, backs turned on each other.

Not of the diplomatic or constituted corps, we took the side entrance into the compound. Else I forget, we had kept our phones and coins in the car in respect of the “advice” at the first gate.  Meanwhile at the second gate, our national cards were collected and names registered as visitors. We were now cleared to walk up to the main building. Once there, we rushed to take pictures on the red carpet rolled out for the dignitaries, insisting to the photographer that the field of depth should be the red carpet, soldiers mounting guard of honour with swords and the fountains.
We then moved up to the hall at the first floor. From the balcony I could watch diplomats and others arrive, turn to my right and see them chat with each other, before they were called to line up like pupils upon hearing the name of their country or diplomatic mission called out aloud by the State protocol. They then marched up the stairs to the hall, without a tune from the brass band but to the clicks from camera and chats.  During the President’s speech to the “world” I was standing next to the Director General of CRTV, a strategic position to be seen on TV? Don’t ask but it worked. But I was privileged again, because a charge de mission (name withheld) familiar to Charles Ndongo had the blueprint copy of the speech and they followed up as the Head of State read. I peeped. I knew what the President would say before he pronounced the words but he made some changes though.

The cameras could not show the image of a diplomat and a minister who both a malaise but returned few minutes later to shake hands with the President. The ceremony had so many “wow” moments. Saw a member of the Central Committee with a pile of business cards, dishing them out in style like banknotes. Those who were used to the yearly event but dropped out of the list after dismissal from government were back also. The former minister of culture Ama Tutu Muna had pecks, hugs and embraces, seasoned with a cliché, “you look good.
”I wondered aloud why the old, feeble and staggering could not stay away from the ceremony. The mayor of Yaounde II Luc Assamba had an answer. “For us politicians you need to be seen and not thought of”.  Once the President moved out of the hall, his guests poured out in front of the main building. Each waiting for the driver to bring the car, parked in the courtyard, far off from the building. I was not chauffeur driven, so I walked along with colleagues to our “old” car. 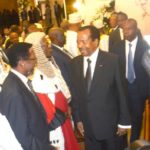 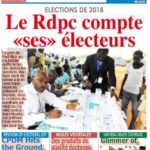